A state crisis in Turkey?

A state crisis in Turkey? 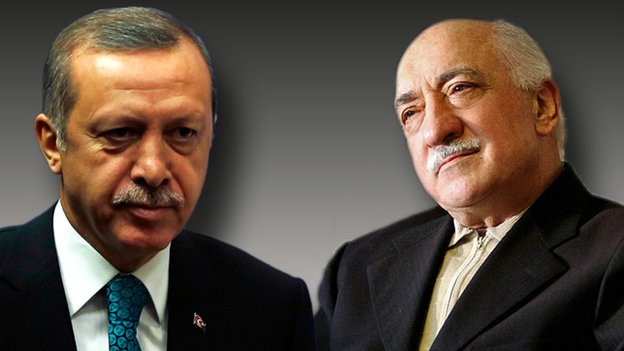 Mr Erdogan has vowed to battle “a state within a state”, a reference thought to refer to Mr Gulen’s followers

Today could be just another day he may have felt the same, as events moved with dizzying speed.

First, it was the news that the government had reassigned 350 police officers in the capital Ankara to different posts (mostly demotions) by a government decree published at midnight. They included chiefs of financial crimes, anti-smuggling, cybercrime and organised crime units.

This was followed by other breaking news – a simultaneous corruption operation in five cities across Turkey, with more than 25 people, businessmen and state officials, detained on suspicion of bribery and fraudulent tenders.

Then the Supreme Board of Judges and Prosecutors (HSYK), which appoints senior members of the judiciary, decided to investigate Istanbul’s newly appointed police chief and several prosecutors overseeing the corruption probe started in December last year.

Later, the top police officers in charge of the operation conducted earlier in the day were dismissed from their posts. An opposition MP called for the president to intervene in the crisis.

A former Turkish president had once famously said “24 hours is a very long time in politics”. Even he probably could not have predicted such a day.

All these moves come as the AKP government led by Prime Minister Recep Tayyip Erdogan tries to contain the massive political fallout from the corruption probe into four government ministers, several businessmen and bankers.

This has become the biggest challenge to the AKP government’s 11-year rule and Mr Erdogan has been quick to retaliate, condemning the probe as a “dirty plot” to topple his government.

Mr Erdogan said he would not permit “a state within a state”, a phrase apparently referring to the movement led by the highly influential Islamist cleric Fethullah Gulen, who has lived in self-imposed exile in the US since 1999.

Mr Gulen is said to have millions of followers across the world and extensive influence over the state bureaucracy, the police force and the judiciary in Turkey.

The government accuses him and his movement, referred to as “Cemaat” in Turkey, of being behind the graft probe – a charge Mr Gulen denies.

However, the recent crisis in Turkey is increasingly seen as not only a corruption investigation which is alleged to involve the closest circles of Mr Erdogan, but a bitter power struggle between AKP and Cemaat.

Some believe that Cemaat’s support was crucial in the election victories of AKP for three consecutive terms; that they have helped the government in curbing the powers of the military by their influence within the judiciary with the help of high-profile cases like Ergenekon and Sledgehammer which saw hundreds of military officers – including the previous chief of staff of the armed forces – jailed; that as the “common enemy” was driven out of the picture they started to become wary of each other’s power and hence a fight for holding the ropes of Turkey started.

Many commentators in Turkey label the recent fallout as a “state crisis” since the government is perceived to be intervening in the judiciary, and the principle of separation of powers does not seem to be as intact as it should in a democracy.

On the other hand, Cemaat is not a transparent movement; no-one knows the extent of its financial power, how many millions of followers it has, how influential it is in key offices within Turkish state and what would happen if it gained further influence. 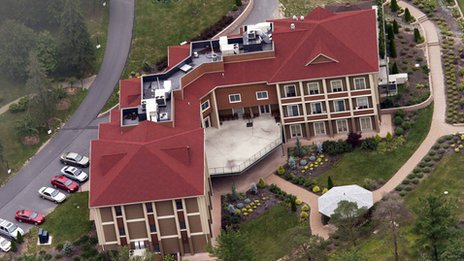 Mr Gulen has lived in self-imposed exile in Pennsylvania, US, since 1999.

Neither does anyone know who might win this full-scale battle: Mr Erdogan or Mr Gulen.

Supporters of both sides accuse each other of undermining democracy and the rule of law; the media has become increasingly polarised with either pro-Erdogan or pro-Gulen voices leaving little space for others and the Turkish public increasingly feeling as if they are watching a fierce tennis match, holding their breaths.

Recently, it was alleged that there could be detente between Mr Erdogan and Mr Gulen through a letter Mr Gulen sent to the president of the country. But that option does not seem to be on the table any more.

Now there is speculation that there might soon be an investigation into Cemaat, with accusations it is a “terrorist organisation”. On the other hand there is a possibility that people affiliated to Cemaat could leak new allegations involving influential people close to the government.

With the local elections in two months time, a presidential election this summer and a general election next year; with Turkish lira falling to a record low against the dollar and the foreign investors watching events nervously, many people in Turkey fear the path ahead with bitter power struggles, may cause political and economic instability in the country.