A Pillar Built on Sand 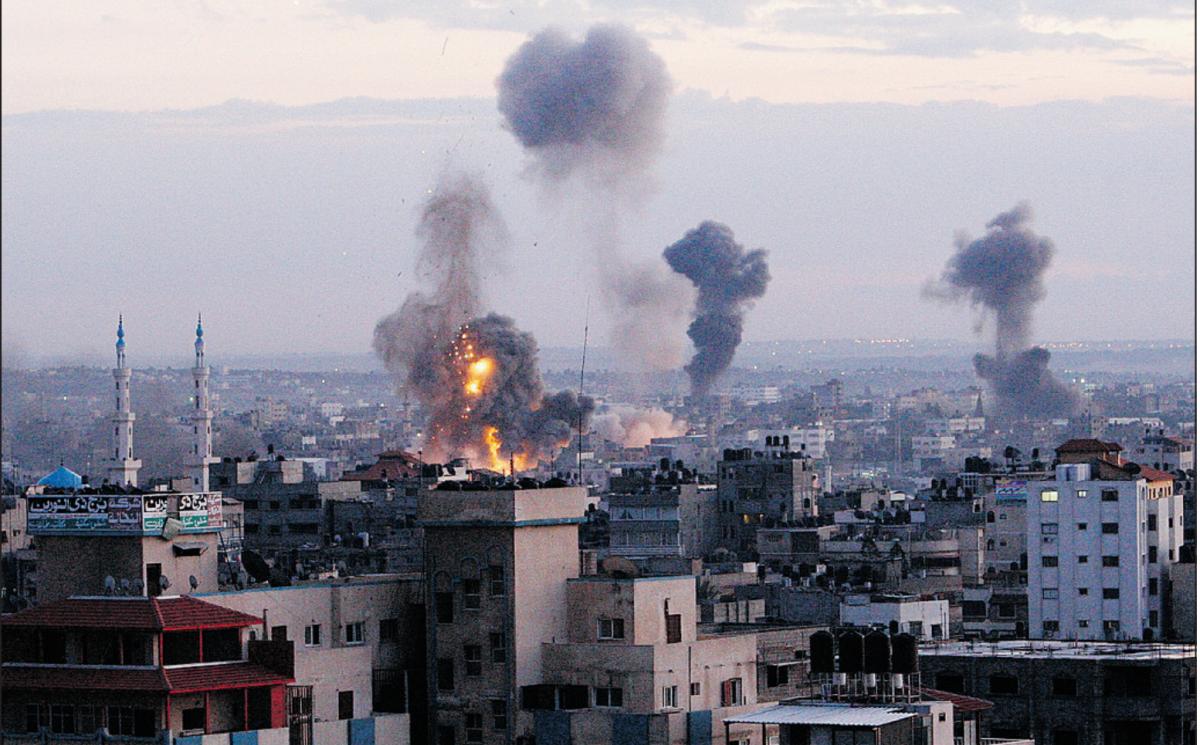 A Pillar Built on Sand

In response to a recent upsurge in tit for tat strikes between Israel and the Palestinians in Gaza, Israel decided to ratchet up the violence even further by assassinating Hamas’s military chief, Ahmad Jabari. Hamas, which had been playing a minor role in these exchanges and even appears to have been interested in working out a long-term ceasefire, predictably responded by launching hundreds of rockets into Israel, a few even landing near Tel Aviv. Not surprisingly, the Israelis have threatened a wider conflict, to include a possible invasion of Gaza to topple Hamas and eliminate the rocket threat.

There is some chance that Operation ‘Pillar of Defence’, as the Israelis are calling their current campaign, might become a full-scale war. But even if it does, it will not put an end to Israel’s troubles in Gaza. After all, Israel launched a devastating war against Hamas in the winter of 2008-9 – Operation Cast Lead – and Hamas is still in power and still firing rockets at Israel. In the summer of 2006 Israel went to war against Hizbullah in order to eliminate its missiles and weaken its political position in Lebanon. That offensive failed as well: Hizbullah has far more missiles today than it had in 2006 and its influence in Lebanon is arguably greater than it was in 2006. Pillar of Defence is likely to share a similar fate. 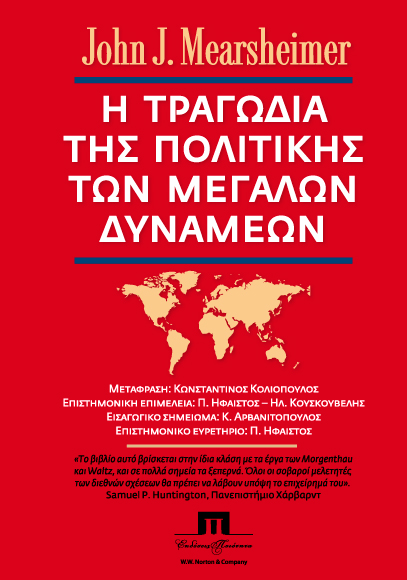 Israel can use force against Hamas in three distinct ways. First, it can try to cripple the organisation by assassinating its leaders, as it did when it killed Jabari two days ago. Decapitation will not work, however, because there is no shortage of subordinates to replace the dead leaders, and sometimes the new ones are more capable and dangerous than their predecessors. The Israelis found this out in Lebanon in 1992 when they assassinated Hizbullah’s leader, Abbas Musawi, only to find that his replacement, Hassan Nasrallah, was an even more formidable adversary.

Second, the Israelis can invade Gaza and take it over. The IDF could do this fairly easily, topple Hamas and put an end to the rocket fire from Gaza. But they would then have to occupy Gaza for years to come, since if they left Hamas would come back to power, the rocket attacks would resume, and Israel would be back where it started.

An occupation of Gaza would trigger bitter and bloody resistance, as the Israelis learned in southern Lebanon between 1982 and 2000. After 18 years of occupation they conceded defeat and withdrew all their forces. This experience is the reason the IDF did not try to invade and conquer southern Lebanon in 2006 or Gaza in 2008-9. Nothing has changed since then to make a full-scale invasion of Gaza a viable alternative today. Occupying Gaza would also place another 1.5 million Palestinians under formal Israel control, thereby worsening the so-called ‘demographic threat’. Ariel Sharon withdrew Israeli settlers from Gaza in 2005 to reduce the number of Palestinians living under the Israeli flag; going back now would be a huge strategic reversal.

The final, preferred option is aerial bombardment with aircraft, artillery, missiles, mortars and rockets. The problem, however, is that the strategy does not work as advertised. Israel used it against Hizbullah in 2006 and Hamas in 2008-9, but both groups are still in power and armed to the teeth with rockets and missiles. It is hard to believe that any serious defence analyst in Israel thinks another campaign of sustained bombardment against Gaza will topple Hamas and end the rocket fire permanently.

So what is going on here? At the most basic level, Israel’s actions in Gaza are inextricably bound up with its efforts to create a Greater Israel that stretches from the Jordan River to the Mediterranean Sea. Despite the endless palaver about a two-state solution, the Palestinians are not going to get their own state, not least because the Netanyahu government is firmly opposed to it. The prime minister and his political allies are deeply committed to making the Occupied Territories a permanent part of Israel. To pull this off, the Palestinians in the West Bank and Gaza will be forced to live in impoverished enclaves similar to the Bantustans in white-ruled South Africa. Israeli Jews understand this quite well: a recent survey found that 58 per cent of them believe Israel already practises apartheid against the Palestinians.

Creating a Greater Israel will produce even bigger problems, however. In addition to doing enormous damage to Israel’s reputation around the world, the quest for a Greater Israel will not break the will of the Palestinians. They remain adamantly opposed not only to the Occupation, but also to the idea of living in an apartheid state. They will continue to resist Israel’s efforts to deny them self-determination. What is happening in Gaza is one dimension of that resistance. Another is Mahmoud Abbas’s plan to ask the UN General Assembly on 29 November to recognise Palestine as a non-member state. This move worries Israel’s leaders, because it could eventually allow the Palestinians to file charges against Israel before the International Criminal Court. Thus, the dream of a Greater Israel forces Tel Aviv to find ways to keep the Palestinians at bay.

Israel’s leaders have a two-prong strategy for dealing with their Palestinian problem. First, they rely on the United States to provide diplomatic cover, especially in the United Nations. The key to keeping Washington on board is the Israel lobby, which pressures American leaders to side with Israel against the Palestinians and do hardly anything to stop the colonisation of the Occupied Territories. The second prong is Ze’ev Jabotinsky’s concept of the ‘Iron Wall’: an approach that in essence calls for beating the Palestinians into submission. Jabotinsky understood that the Palestinians would resist the Zionists’ efforts to colonise their land and subjugate them in the process. Nonetheless, he maintained that the Zionists, and eventually Israel, could punish the Palestinians so severely that they would recognise that further resistance was futile.

Israel has employed this strategy since its founding in 1948, and both Cast Lead and Pillar of Defence are examples of it at work. In other words, Israel’s aim in bombing Gaza is not to topple Hamas or eliminate its rockets, both of which are unrealisable goals. Instead, the ongoing attacks in Gaza are part of a long-term strategy to coerce the Palestinians into giving up their pursuit of self-determination and submitting to Israeli rule in an apartheid state.

Israel’s commitment to the Iron Wall is reflected in the fact that its leaders have said many times since Cast Lead ended in January 2009 that the IDF would eventually have to return to Gaza and inflict another beating on the Palestinians. The Israelis were under no illusion that the 2008-9 conflict had defanged Hamas. The only question for them was when the next punishment campaign would start.

The timing of the present operation is easy to explain. For starters, President Obama has just won a second term despite Netanyahu’s transparent attempt to help Mitt Romney win the election. The prime minister’s mistake is likely to have hurt his personal relations with the president and might even threaten America’s ‘special relationship’ with Israel. A war in Gaza, however, is a good antidote for that problem, because Obama, who faces daunting economic and political challenges in the months ahead, has little choice but to back Israel to the hilt and blame the Palestinians.

The Israeli prime minister faces an election of his own in January and as Mitchell Plitnick writes, ‘Netanyahu’s gambit of forming a joint ticket with the fascist Yisrael Beiteinu party has not yielded anything close to the polling results he had hoped for.’ A war over Gaza not only allows Netanyahu to show how tough he is when Israel’s security is at stake, but it is also likely to have a ‘rally round the flag’ effect, improving his chances of being re-elected.

Nevertheless, Pillar of Defence will not achieve its ultimate goal of getting the Palestinians to abandon their pursuit of self-determination and accept living under the heel of the Israelis. That is simply not achievable; the Palestinians are never going to accept being consigned to a handful of enclaves in an apartheid state. Regrettably, that means Pillar of Defence is unlikely to be the last time Israel bombards Gaza.

Over the long term, however, the bombing campaigns may come to an end, because it is not clear that Israel will be able to maintain itself as an apartheid state. As well as resistance from the Palestinians, Israel has to face the problem that world opinion is unlikely to back an apartheid state. Ehud Olmert said in November 2007, when he was prime minister, that if ‘the two-state solution collapses’ Israel will ‘face a South-African-style struggle’, and ‘as soon as that happens, the state of Israel is finished.’ One would think Israel’s leaders would appreciate where they are headed and allow the Palestinians to have a viable state of their own. But there is no sign that is happening; instead, Israel foolishly continues to rely on military campaigns like Pillar of Defence to break the Palestinians.