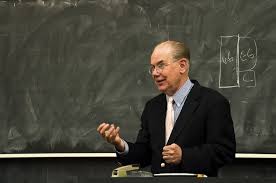 Many people in Washington were surprised when the Obama administration tapped Charles Freeman to chair the National Intelligence Council, the body that oversees the production of National Intelligence Estimates: Freeman had a distinguished 30-year career as a diplomat and Defense Department official, but he has publicly criticised Israeli policy and America’s special relationship with Israel, saying, for example, in a speech in 2005, that ‘as long as the United States continues unconditionally to provide the subsidies and political protection that make the Israeli occupation and the high-handed and self-defeating policies it engenders possible, there is little, if any, reason to hope that anything resembling the former peace process can be resurrected.’ Words like these are rarely spoken in public in Washington, and anyone who does use them is almost certain not to get a high-level government position. But Admiral Dennis Blair, the new director of national intelligence, greatly admires Freeman: just the sort of person, he thought, to revitalise the intelligence community, which had been very politicised in the Bush years.

Predictably alarmed, the Israel lobby launched a smear campaign against Freeman, hoping that he would either quit or be fired by Obama. The opening salvo came in a blog posting by Steven Rosen, a former official of Aipac, the American Israel Public Affairs Committee, now under indictment for passing secrets to Israel. Freeman’s views of the Middle East, he said, ‘are what you would expect in the Saudi Foreign Ministry, with which he maintains an extremely close relationship’. Prominent pro-Israel journalists such as Jonathan Chait and Martin Peretz of the New Republic, and Jeffrey Goldberg of the Atlantic, quickly joined the fray and Freeman was hammered in publications that consistently defend Israel, such as the National Review, the Wall Street Journal and the Weekly Standard.
The real heat, however, came from Congress, where Aipac (which describes itself as ‘America’s Pro-Israel Lobby’) wields enormous power. All the Republican members of the Senate Intelligence Committee came out against Freeman, as did key Senate Democrats such as Joseph Lieberman and Charles Schumer. ‘I repeatedly urged the White House to reject him,’ Schumer said, ‘and I am glad they did the right thing.’ It was the same story in the House, where the charge was led by Republican Mark Kirk and Democrat Steve Israel, who pushed Blair to initiate a formal investigation of Freeman’s finances. In the end, the Speaker of the House, Nancy Pelosi, declared the Freeman appointment ‘beyond the pale’. Freeman might have survived this onslaught had the White House stood by him. But Barack Obama’s pandering to the Israel lobby during the campaign and his silence during the Gaza War show that this is one opponent he is not willing to challenge. True to form, he remained silent and Freeman had little choice but to withdraw.
The lobby has since gone to great lengths to deny its role in Freeman’s resignation. The Aipac spokesman Josh Block said his organisation ‘took no position on this matter and did not lobby the Hill on it’. The Washington Post, whose editorial page is run by Fred Hiatt, a man staunchly committed to the special relationship, ran an editorial which claimed that blaming the lobby for Freeman’s resignation was something dreamed up by ‘Mr Freeman and like-minded conspiracy theorists’.
In fact, there is abundant evidence that Aipac and other hardline supporters of Israel were deeply involved in the campaign. Block admitted that he had spoken to reporters and bloggers about Freeman and provided them with information, always on the understanding that his comments would not be attributed to him or to Aipac. Jonathan Chait, who denied that Israel was at the root of the controversy before Freeman was toppled, wrote afterwards: ‘Of course I recognise that the Israel lobby is powerful and was a key element in the pushback against Freeman, and that it is not always a force for good.’ Daniel Pipes, who runs the Middle East Forum, where Steven Rosen now works, quickly sent out an email newsletter boasting about Rosen’s role in bringing Freeman down.
On 12 March, the day the Washington Post ran its editorial railing against anyone who suggested that the Israel lobby had helped topple Freeman, the paper also published a front-page story describing the central role that the lobby had played in the affair. There was also a comment piece by the veteran journalist David Broder, which opened with the words: ‘The Obama administration has just suffered an embarrassing defeat at the hands of the lobbyists the president vowed to keep in their place.’
Freeman’s critics maintain that his views on Israel were not his only problem. He is said to have especially close – maybe even improper – ties to Saudi Arabia, where he previously served as American ambassador. The charge hasn’t stuck, however, because there is no evidence for it. Israel’s supporters also said that he had made insensitive remarks about what happened to the Chinese protesters at Tiananmen Square, but that charge, which his defenders contest, only came up because Freeman’s pro-Israel critics were looking for any argument they could muster to damage his reputation.
Why does the lobby care so much about one appointment to an important, but not top leadership position? Here’s one reason: Freeman would have been responsible for the production of National Intelligence Estimates. Israel and its American supporters were outraged when the National Intelligence Council concluded in November 2007 that Iran was not building nuclear weapons, and they have worked assiduously to undermine that report ever since. The lobby wants to make sure that the next estimate of Iran’s nuclear capabilities reaches the opposite conclusion, and that would have been much less likely to happen with Freeman in charge. Better to have someone vetted by Aipac running the show.
An even more important reason for the lobby to drive Freeman out of his job is the weakness of the case for America’s present policy towards Israel, which makes it imperative to silence or marginalise anyone who criticises the special relationship. If Freeman hadn’t been punished, others would see that one could talk critically about Israel and still have a successful career in Washington. And once you get an open and free-wheeling discussion about Israel, the special relationship will be in serious trouble.

One of the most remarkable aspects of the Freeman affair was that the mainstream media paid it little attention – the New York Times, for example, did not run a single story dealing with Freeman until the day after he stepped down – while a fierce battle over the appointment took place in the blogosphere. Freeman’s opponents used the internet to their advantage; that is where Rosen launched the campaign. But something happened there that would never have happened in the mainstream media: the lobby faced real opposition. Indeed, a vigorous, well-informed and highly regarded array of bloggers defended Freeman at every turn and would probably have carried the day had Congress not tipped the scales against them. In short, the internet enabled a serious debate in the United States about an issue involving Israel. The lobby has never had much trouble keeping the New York Times and the Washington Post in line, but it has few ways to silence critics on the internet.

When pro-Israel forces clashed with a major political figure in the past, that person usually backed off. Jimmy Carter, who was smeared by the lobby after he publishedPalestine: Peace Not Apartheid, was the first prominent American to stand his ground and fight back. The lobby has been unable to silence him, and it is not for lack of trying. Freeman is following in Carter’s footsteps, but with sharper elbows. After stepping down, he issued a blistering denunciation of ‘unscrupulous people with a passionate attachment to the views of a political faction in a foreign country’ whose aim is ‘to prevent any view other than its own from being aired’. ‘There is,’ he continued, ‘a special irony in having been accused of improper regard for the opinions of foreign governments and societies by a group so clearly intent on enforcing adherence to the policies of a foreign government.’

Freeman’s remarkable statement has shot all around the world and been read by countless individuals. This isn’t good for the lobby, which would have preferred to kill Freeman’s appointment without leaving any fingerprints. But Freeman will continue to speak out about Israel and the lobby, and maybe some of his natural allies inside the Beltway will eventually join him. Slowly but steadily, space is being opened up in the United States to talk honestly about Israel.