Why Iran Should Get the Bomb 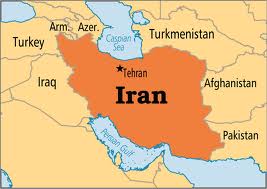 Why Iran Should Get the Bomb

The past several months have witnessed a heated debate over the best way for the United States and Israel to respond to Iran’s nuclear activities. As the argument has raged, the United States has tightened its already robust sanctions regime against the Islamic Republic, and the European Union announced in January that it will begin an embargo on Iranian oil on July 1. Although the United States, the EU, and Iran have recently returned to the negotiating table, a palpable sense of crisis still looms.

It should not. Most U.S., European, and Israeli commentators and policymakers warn that a nuclear-armed Iran would be the worst possible outcome of the current standoff. In fact, it would probably be the best possible result: the one most likely to restore stability to the Middle East.

POWER BEGS TO BE BALANCED

The crisis over Iran’s nuclear program could end in three different ways. First, diplomacy coupled with serious sanctions could convince Iran to abandon its pursuit of a nuclear weapon. But this outcome is unlikely: the historical record indicates that a country bent on acquiring nuclear weapons can rarely be dissuaded from doing so. Punishing a state through economic sanctions does not inexorably derail its nuclear program. Take North Korea, which succeeded in building its weapons despite countless rounds of sanctions and UN Security Council resolutions. If Tehran determines that its security depends on possessing nuclear weapons, sanctions are unlikely to change its mind. In fact, adding still more sanctions now could make Iran feel even more vulnerable, giving it still more reason to seek the protection of the ultimate deterrent.

The second possible outcome is that Iran stops short of testing a nuclear weapon but develops a breakout capability, the capacity to build and test one quite quickly. Iran would not be the first country to acquire a sophisticated nuclear program without building an actual bomb. Japan, for instance, maintains a vast civilian nuclear infrastructure. Experts believe that it could produce a nuclear weapon on short notice.

The United States and its European allies are primarily concerned with weaponization, so they might accept a scenario in which Iran stops short of a nuclear weapon. Israel, however, has made it clear that it views a significant Iranian enrichment capacity alone as an unacceptable threat. It is possible, then, that a verifiable commitment from Iran to stop short of a weapon could appease major Western powers but leave the Israelis unsatisfied. Israel would be less intimidated by a virtual nuclear weapon than it would be by an actual one and therefore would likely continue its risky efforts at subverting Iran’s nuclear program through sabotage and assassination — which could lead Iran to conclude that a breakout capability is an insufficient deterrent, after all, and that only weaponization can provide it with the security it seeks.

The third possible outcome of the standoff is that Iran continues its current course and publicly goes nuclear by testing a weapon. U.S. and Israeli officials have declared that outcome unacceptable, arguing that a nuclear Iran is a uniquely terrifying prospect, even an existential threat. Such language is typical of major powers, which have historically gotten riled up whenever another country has begun to develop a nuclear weapon of its own. Yet so far, every time another country has managed to shoulder its way into the nuclear club, the other members have always changed tack and decided to live with it. In fact, by reducing imbalances in military power, new nuclear states generally produce more regional and international stability, not less.

Israel’s regional nuclear monopoly, which has proved remarkably durable for the past four decades, has long fueled instability in the Middle East. In no other region of the world does a lone, unchecked nuclear state exist. It is Israel’s nuclear arsenal, not Iran’s desire for one, that has contributed most to the current crisis. Power, after all, begs to be balanced. What is surprising about the Israeli case is that it has taken so long for a potential balancer to emerge.

Of course, it is easy to understand why Israel wants to remain the sole nuclear power in the region and why it is willing to use force to secure that status. In 1981, Israel bombed Iraq to prevent a challenge to its nuclear monopoly. It did the same to Syria in 2007 and is now considering similar action against Iran. But the very acts that have allowed Israel to maintain its nuclear edge in the short term have prolonged an imbalance that is unsustainable in the long term. Israel’s proven ability to strike potential nuclear rivals with impunity has inevitably made its enemies anxious to develop the means to prevent Israel from doing so again. In this way, the current tensions are best viewed not as the early stages of a relatively recent Iranian nuclear crisis but rather as the final stages of a decades-long Middle East nuclear crisis that will end only when a balance of military power is restored.

One reason the danger of a nuclear Iran has been grossly exaggerated is that the debate surrounding it has been distorted by misplaced worries and fundamental misunderstandings of how states generally behave in the international system. The first prominent concern, which undergirds many others, is that the Iranian regime is innately irrational. Despite a widespread belief to the contrary, Iranian policy is made not by “mad mullahs” but by perfectly sane ayatollahs who want to survive just like any other leaders. Although Iran’s leaders indulge in inflammatory and hateful rhetoric, they show no propensity for self-destruction. It would be a grave error for policymakers in the United States and Israel to assume otherwise.

Yet that is precisely what many U.S. and Israeli officials and analysts have done. Portraying Iran as irrational has allowed them to argue that the logic of nuclear deterrence does not apply to the Islamic Republic. If Iran acquired a nuclear weapon, they warn, it would not hesitate to use it in a first strike against Israel, even though doing so would invite massive retaliation and risk destroying everything the Iranian regime holds dear.

Although it is impossible to be certain of Iranian intentions, it is far more likely that if Iran desires nuclear weapons, it is for the purpose of providing for its own security, not to improve its offensive capabilities (or destroy itself). Iran may be intransigent at the negotiating table and defiant in the face of sanctions, but it still acts to secure its own preservation. Iran’s leaders did not, for example, attempt to close the Strait of Hormuz despite issuing blustery warnings that they might do so after the EU announced its planned oil embargo in January. The Iranian regime clearly concluded that it did not want to provoke what would surely have been a swift and devastating American response to such a move.

Nevertheless, even some observers and policymakers who accept that the Iranian regime is rational still worry that a nuclear weapon would embolden it, providing Tehran with a shield that would allow it to act more aggressively and increase its support for terrorism. Some analysts even fear that Iran would directly provide terrorists with nuclear arms. The problem with these concerns is that they contradict the record of every other nuclear weapons state going back to 1945. History shows that when countries acquire the bomb, they feel increasingly vulnerable and become acutely aware that their nuclear weapons make them a potential target in the eyes of major powers. This awareness discourages nuclear states from bold and aggressive action. Maoist China, for example, became much less bellicose after acquiring nuclear weapons in 1964, and India and Pakistan have both become more cautious since going nuclear. There is little reason to believe Iran would break this mold.

As for the risk of a handoff to terrorists, no country could transfer nuclear weapons without running a high risk of being found out. U.S. surveillance capabilities would pose a serious obstacle, as would the United States’ impressive and growing ability to identify the source of fissile material. Moreover, countries can never entirely control or even predict the behavior of the terrorist groups they sponsor. Once a country such as Iran acquires a nuclear capability, it will have every reason to maintain full control over its arsenal. After all, building a bomb is costly and dangerous. It would make little sense to transfer the product of that investment to parties that cannot be trusted or managed.

Another oft-touted worry is that if Iran obtains the bomb, other states in the region will follow suit, leading to a nuclear arms race in the Middle East. But the nuclear age is now almost 70 years old, and so far, fears of proliferation have proved to be unfounded. Properly defined, the term “proliferation” means a rapid and uncontrolled spread. Nothing like that has occurred; in fact, since 1970, there has been a marked slowdown in the emergence of nuclear states. There is no reason to expect that this pattern will change now. Should Iran become the second Middle Eastern nuclear power since 1945, it would hardly signal the start of a landslide. When Israel acquired the bomb in the 1960s, it was at war with many of its neighbors. Its nuclear arms were a much bigger threat to the Arab world than Iran’s program is today. If an atomic Israel did not trigger an arms race then, there is no reason a nuclear Iran should now.

In 1991, the historical rivals India and Pakistan signed a treaty agreeing not to target each other’s nuclear facilities. They realized that far more worrisome than their adversary’s nuclear deterrent was the instability produced by challenges to it. Since then, even in the face of high tensions and risky provocations, the two countries have kept the peace. Israel and Iran would do well to consider this precedent. If Iran goes nuclear, Israel and Iran will deter each other, as nuclear powers always have. There has never been a full-scale war between two nuclear-armed states. Once Iran crosses the nuclear threshold, deterrence will apply, even if the Iranian arsenal is relatively small. No other country in the region will have an incentive to acquire its own nuclear capability, and the current crisis will finally dissipate, leading to a Middle East that is more stable than it is today.

For that reason, the United States and its allies need not take such pains to prevent the Iranians from developing a nuclear weapon. Diplomacy between Iran and the major powers should continue, because open lines of communication will make the Western countries feel better able to live with a nuclear Iran. But the current sanctions on Iran can be dropped: they primarily harm ordinary Iranians, with little purpose.

Most important, policymakers and citizens in the Arab world, Europe, Israel, and the United States should take comfort from the fact that history has shown that where nuclear capabilities emerge, so, too, does stability. When it comes to nuclear weapons, now as ever, more may be better.