While Washington certainly has an interest in countering Russian influence, it is limited in its ability to strategically deploy its own energy exports for geopolitical purposes. Instead, the United States will support projects that diversify energy supplies to countries in Russia’s periphery, including Ukraine, to help ease their reliance on Russian energy.

Thanks to the ongoing shale gas revolution, the United States will emerge as one of the world’s largest natural gas exporters over the next decade. Over the past year, the U.S. Department of Energy has approved approximately 100 billion cubic meters of natural gas exports to countries with which the United States does not have free-trade agreements (exports are approved essentially immediately to countries with free-trade agreements). However, only one liquefied natural gas export terminal, Sabine Pass LNG in Louisiana, has received environmental approval from the Federal Energy Regulatory Commission to begin construction, with completion expected in late 2015.

Expediting environmental approvals for the terminals would accelerate natural gas exports to Europe only minimally, since plant construction is still a laborious process lasting several years. To leverage natural gas for geopolitical impact, Washington would need to compel energy firms to direct exports to or invest in specific countries. LNG export terminals are expensive, so attracting investment in them requires a promise of high returns. Natural gas companies can thus be expected to resist diverting LNG away from the most profitable destinations. For example, the Asian market for LNG is more lucrative for exports than Eastern Europe, where Russia can undercut U.S. prices. Already, much of industry’s export capacity has been sold in long-term contracts to Asian buyers.

Congress is pushing to expand the expedited approval process to include free-trade partners and key allies such as NATO members and Japan. However, with 100 billion cubic meters of export capacity already approved to go to countries without U.S. free-trade agreements, this expansion would be irrelevant, since the upper limit of U.S. natural gas exports is likely around 100 billion cubic meters. The United States is also increasing domestic consumption of natural gas, and Washington must balance its domestic needs with its foreign policy objectives. Cheap natural gas is helping to revitalize the U.S. manufacturing sector, and U.S. environmental policy includes replacing coal power plants with more efficient natural gas power plants. These domestic constraints are especially strong because of a lackluster recovery from the 2008-2009 financial crisis and a public that is typically more concerned with domestic issues. 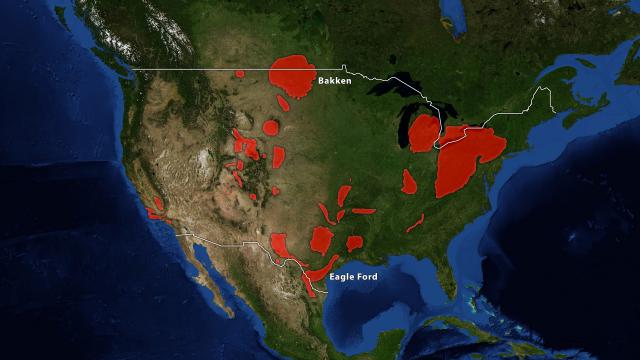 Building up the infrastructure for more U.S. exports cannot happen in a period of several months or even two or three years; the Ukraine crisis must be addressed more quickly. After Sabine Pass LNG comes online next year, the other approved projects will not begin exporting until 2017 or later. Over the long term, increased U.S. exports to world markets could affect Russian exports to the countries on the Russian periphery, provided those states have the necessary import terminals. However, the United States is not unique in this regard. Australian LNG exports are set to provide much-needed relief to global natural gas markets over the next two years. With LNG import terminals, Russia’s neighbors can import natural gas from anyone.

Diversification in Central and Eastern Europe

Despite its constraints, the United States could play a more subtle but still important role in helping Europe diversify away from Russian energy. Washington will likely provide technical support to Central and Eastern Europe for projects such as import terminals and for hydraulic fracturing for shale gas extraction. The United States could also help finance diversification projects, which Eastern European states often cannot afford. Washington could also apply pressure on Turkey to allow LNG tankers to move through the Bosporus, which Turkey is reluctant to do because of environmental concerns and a fear of upsetting Moscow. Of course, Ukraine would still need to build an expensive LNG import terminal to receive the gas. Technological support and pressure on Turkey would be less influential than physical exports of natural gas, but these measures could still help weaken Russian influence in Eastern Europe.

Most countries that rely on Russian energy, including Ukraine to a certain extent, have already started to diversify away from Russia — or at least build up countermeasures. For example, Lithuania is building a small floating natural gas import terminal, with completion expected by the end of 2014. Latvia has proposed a LNG import terminal of its own, and Estonia is attempting to partner with Finland on two similar projects. Poland is also expected to finish building a terminal this year. Kiev has long considered constructing a terminal on the Black Sea or collaborating with Croatia to build one on the Adriatic Sea connected by pipeline to Ukraine.

Baltic countries have two advantages that Ukraine does not. First, they have ideal coastlines for LNG terminals. Ukraine’s only sea access is through the Black Sea, and Turkey does not allow LNG tankers to pass through the Bosporus. Second, Baltic states are members of the European Union and NATO, giving them greater access to European financing. For example, the European Investment Bank helped finance Lithuania’s LNG import terminal when the country struggled to find funding from traditional avenues, and the European Union is expected to help finance projects in Finland and Estonia.

Ukraine is essentially stuck in limbo between Russia and the European Union. The ongoing political crisis is partly a result of Ukraine’s position as a geopolitical buffer zone between two major global players. Moscow faces enormous constraints in expanding its military presence beyond Crimea, while EU members face their own challenges in integrating Ukraine. As a result, Kiev has been forced to take on largely independent initiatives to diversify away from Russia. Ukraine possesses 33 billion cubic meters of underground natural gas storage capacity, with around 11 billion cubic meters remaining following a mild winter. While ultimately still reliant upon Russian natural gas, building additional natural gas storage facilities would give Ukraine more flexibility in the event that Moscow shuts off natural gas exports, as it did in 2006 and 2009.

Shale gas exploration is one area where the United States could help Ukraine and other Eastern European countries with large shale gas resources, including Poland and Romania. This would not necessarily entail companies investing directly, but it could mean helping these countries work on regulations and tax schemes that attract investment. For example, the United States helped the United Kingdom optimize its regulatory process and tax schemes to encourage development of British shale gas resources. Still, despite the recent investment deals in Eastern Europe, it remains to be seen if energy companies are prepared to compete with Russia. Moreover, the geology of Eastern European shale formations is more complex than in the United States, and production costs may be prohibitive.

Moscow views Eastern Europe’s shale gas and supply diversification potential as much more of a strategic threat than natural gas exports from the United States. Russian discounts on natural gas exports to the region are designed in part to dissuade energy companies and investors from funding projects that would compete with Russian supplies. The mere existence of these projects is a political tool in Central and Eastern Europe. Compared to the West, Russia has more tools with which to give peripheral states financial incentives to shy away from developing strong alternatives. Thus, while many in Washington are pushing for a strong and swift response to Moscow over the situation in Crimea, the United States remains constrained in its ability to reduce Eastern Europe’s reliance on Russian natural gas. Ultimately, Russia will remain the dominant provider of natural gas to the region. The United States can play only a supporting role as Eastern European countries look elsewhere for their energy needs.