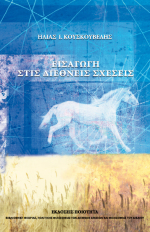 Studying the advisory opinion of July 22, 2010,  besides not finding many analogies between Crimea and Kosovo, one comes to the following three solid conclusions about the legality of unilateral declarations of independence:

1. The ICJ made clear that international law does not in principle prohibit them.
2. The Court expressly excluded cases of unilateral declarations that had been “connected with the unlawful use of force or other egregious violations of norms of general international law, in particular those of a peremptory nature (jus cogens)”.
3. The ICJ used as an example of an illegal unilateral declaration of independence that of the so-called “Turkish Republic of Northern Cyprus”. Furthermore, the ICJ (p.50, par. 114) reminded the Security Council 1251/1999 decision, providing that a Cyprus settlement must be based on one state (the State of Cyprus), with a single sovereignty, a single international personality, a single citizenship, and with its independence and territorial integrity safeguarded.