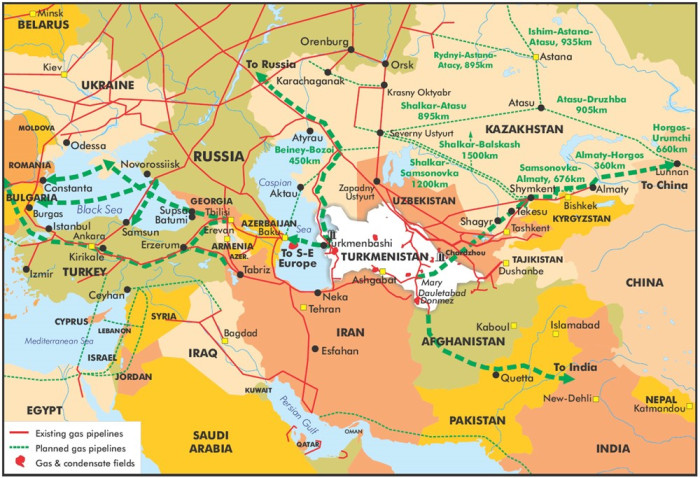 Reports that Israel is buying Kurdish oil shipped through Turkey raises some interesting possibilities for a lasting alliance in a chronically unstable region.

The reports about the selling of Kurdish oil to Israel via Turkey open new vistas for triangular economic relations between Israel, Turkey, and the Kurds. It may also pave the way to improved political relations between Israel and Turkey. In the 1960s there existed a discreet peripheral alliance between Israel, Iran, and the Kurds. That alliance, to which the United States was a quiet partner for a short time, was aimed at, among other things, supporting the Kurds in their fight against the government in Baghdad. However, the main flaws of this alliance were its secretiveness, which made it in a way unbinding, and the fact that it was solely militarily oriented. A similar alliance can be forged now between Israel, Turkey, and the Kurds, but unlike the earlier one, it should be open and based on joint economic interests, which might guarantee its longevity.

Such an idea might have appeared far-fetched only short time ago, especially against the background of the sour relationship between Turkey and Israel over the past five years. However, the latest upheavals in Iraq have changed the picture dramatically. The ISIS onslaught on Iraq, on the one hand, and the Kurdsʼ taking control of the oil-rich Kirkuk region and its surroundings, on the other, sealed the fate of Iraq as a unified state. This development leaves Turkey with a main partner: the Kurds. It might not have been a mere coincidence that the beginning of the export of Kurdish oil coincided with ISISʼs military drive into Iraq, which in fact had its beginnings long before the attack on Mosul. This latest turn of events convinced Turkey to bring to completion its U-Turn policy with respect to Iraq: namely, to abandon its historical partnership with the Baghdad government and to concentrate on its partnership with the Kurdistan Regional Government (KRG).

Turkey has plenty of reasons to make this move: The KRG can better serve Turkeyʼs economic interests. It can form a buffer zone against the upheavals in Iraq and the possible encroachment of radical Sunni or Shiʼi Islam on its borders. It can pacify the Kurds in Turkey. It can be an important source of oil and gas. Turkeyʼs decision to enable the Kurds to export oil independently of Baghdad put Ankara at loggerheads with Iraqʼs government. Indeed, the latter, having gained the support of the U.S. Administration, did its utmost to preempt such a possibility by pressuring potential buyers not to buy Kurdish oil.

This is where Israel comes in. Israel isnʼt bound by any commitments to Iraq and thus can cooperate with Turkey and the Kurds in buying this oil. In the past, Turkeyʼs accusations that Israel supported the Kurds was a source of tension. But this accusation no longer holds any water; Turkey itself has become the biggest ally of the KRG, even against the better judgment of the United States, which has warned Ankara not to facilitate the selling of Kurdish oil without Baghdadʼs say-so.

In buying Kurdish oil via Turkey, Israel can kill two birds with one stone: It can support its long time silent partner, the Kurds, in overcoming this impasse, and at the same time it can help Turkey fulfill its project of becoming the main conduit for the export of Kurdish oil. Should this plan succeed, it would open up for Israel new vistas with Turkey. To be sure, it will also enhance the economic and political independence of the Kurds of Iraq. But the emergence of a Kurdish state no longer worries Turkey, as a spokesman for Turkeyʼs ruling AKP declared a few days ago. Nor should it worry the international community, which has been doing business with Kurdistan anyway.

Past conventional wisdom had it that an autonomous or independent Kurdistan would be a source of instability for the Middle East. But the reality on the ground tells another story. The Kurdistan region in Iraq is the most stable, prosperous, and democratic part of this fractured country. Not all parties, especially not the Obama Administration, have come to grips with this reality, but they may find they have little other choice before long.

To sum up, the benefits of this triangular alliance are many. The points on this triangle are made up of the most stable and pro-Western forces in the region; cooperation could help contain the various centrifugal and destabilizing forces therein. The export of Kurdish oil can help stabilize world oil prices, which we can otherwise expect to continue to rise indefinitely as the Iraq crisis drags on. Finally, triangular cooperation need not be limited to the field of energy, but can include different, mutually beneficial joint projects between Turkish and Israeli companies in the KRG. In the long run, positive economic relations can be turned into a platform for improving or establishing political relations.

Ofra Bengio is senior research associate at the Moshe Dayan Center. She is author of The Kurds of Iraq: Building a State within a State and editor of The Kurds: Nation-building in a Fragmented Homeland.