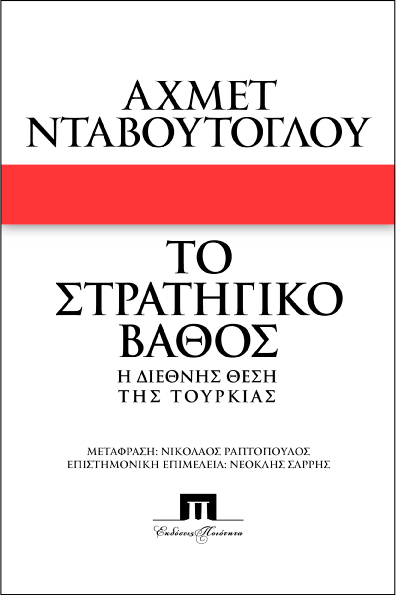 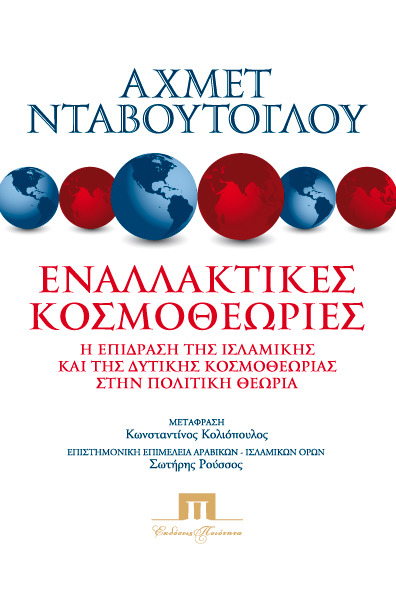 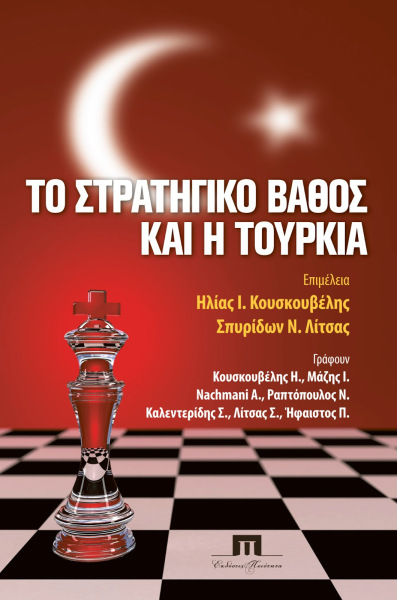 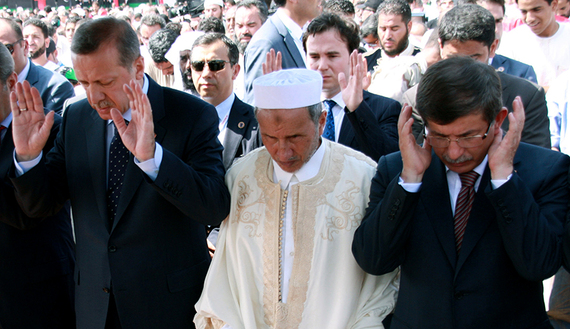 Prime Minister Recep Tayyip Erdogan became Turkey’s first directly elected president Aug. 10, setting off speculation as to who he will anoint as his successor. Ahmet Davutoglu, the foreign minister, is seen as a top contender for the job when Erdogan’s Justice and Development Party (AKP) meets to elect a new leader Aug. 27. The choice may seem odd, however. Davutoglu is blamed by many for ruining Turkey’s foreign affairs. His much vaunted “zero problems with neighbors” policy lies in tatters. For the first time in the republic’s history, Turkey does not have an ambassador in Cairo or Tel Aviv. Relations with the United States have cooled over Erdogan’s tirades against Israel, his alleged support for jihadists in Syria and the brutality with which he suppressed mass anti-government protests last year. The Islamic State continues to hold 49 members of the Turkish consulate hostage in Mosul. Turkey’s soft power is fading fast.

Summary⎙ Print In an interview with Al-Monitor, Behlul Ozkan, assistant professor of political science and former student of Turkish Foreign Minister Ahmet Davutoglu, explains how a trove of Davutoglu’s writings from the 1990s show how he is an “Islamist ideologue” whose pan-Islamist vision is motivated by power rather than ethics.

Author A Correspondent in TurkeyPosted August 13, 2014

Yet, when Davutoglu became foreign minister in January 2009 after serving as Erdogan’s chief foreign policy adviser for seven years, he was the darling of the international media. Charming and knowledgeable, he was courted by fellow diplomats who hung onto his every word. Davutoglu’s magnum opus — “Stratejik Derinlik” (“Strategic Depth”) published in 2001, before the AKP government came to power, and never translated into English — on his vision of a new regional order, in which borders would melt and Turkey would take center stage, was hailed as a work of genius. Until the conflict in Syria erupted, and Turkey began arming and training rebels to overthrow the country’s President Bashar al-Assad, Erdogan (with his brawn) and Davutoglu (with his brains) inspired millions in the Arab street and beyond.

So what went wrong? Behlul Ozkan, a Fletcher School-educated assistant professor of political science at Istanbul’s Marmara University and a former student of Davutoglu, decided to find out. Ozkan dug up over 300 articles penned by Davutoglu in the 1990s, and mostly published in pro-Islamic journals, newspapers and magazines. Few of these are available online.

In an interview with Al-Monitor, Ozkan said the picture of Davutoglu that emerges through his writings is deeply troubling. He argues that Davutoglu is an “Islamist ideologue,” whose grandiose ambitions clash with reality and whose vision of a pan-Islamic “lebensraum”  (“living space”) — is underpinned more by power than by ethics.

Al-Monitor:  When you studied under Davutoglu at Marmara University in the late 1990s what impression did you form of him?

Ozkan:  He was a good professor who worked hard at being impartial. He did not talk about his “strategic depth” theory in those days. Still, one could detect the influence of classical expansionist imperial geopolitics on his thinking.

I am referring in particular to imperial geopolitical theories developed in the first half of the 20th century by Western strategists like Alfred Thayer Mahan, Harold Mackinder, Karl Haushofer and Nicholas Spykman. Their effect is obvious in the articles that I scanned and that were written when Davutoglu was a young doctoral candidate. Many of his ideas are not original but imported. He simply grafted them onto his pan-Islamic worldview. What inspired him though was not the West’s liberal humanitarian ideals and its advocacy of individual rights, but rather the kind of geopolitical thinking that prevailed in Germany in the early 20th century; one that saw politics as more of a power struggle in which the ends justify the means. Few are aware of this and he was long regarded as a star, a poster boy for political Islam in Turkey. Davutoglu came from a comfortably well-off family. He went to the best schools; the German-language Istanbul Boys’ High School and then Bosphorus University, where he received a Western-style education. At the same time, he studied the Quran.

Al-Monitor:  What do you mean by Davutoglu’s pan-Islamic worldview?

Ozkan:  The neo-Ottomanist label that is frequently attributed to Davutoglu is misleading. He criticizes neo-Ottomanism in his articles for being too Western-oriented. Davutoglu is a pan-Islamist. He is deeply influenced by Islam, yet he also uses Islam to achieve his foreign policy goals. He believes in a Sunni Muslim hegemonic order led by Turkey that would encompass the Middle East, the Caucasus and Central Asia, and include Albania and Bosnia as well. And I say Sunni because Iran is not part of this envisaged world. He argues that Turkey cannot be confined to its present-day borders. Should it continue to cling to its post-Cold War policy of preserving the status quo, Turkey will be destroyed. He believes that the nation-states that were formed in 1918 were artificial. But he does not idealize post-nation-state systems such as the European Union. To the contrary, he wants to go back in time to an order based on Islamic unity, on which Turkey expands its power not through military power but by creating spheres of influence. But this is a fantasy that has no academic basis.

Al-Monitor:  But hasn’t the unraveling of Syria and Iraq vindicated him in certain respects?

Ozkan:  Davutoglu foresaw that authoritarian regimes would collapse. But he believed that Islamic parties inspired by the Ikhwan [Muslim Brotherhood] would take their place. He saw the fall of [Libyan leader Moammar] Gadhafi as a turning point. What he failed to take into account was the resilience of Arab socialism and Arab nationalist currents. This is particularly true in Syria where Davutoglu believed that Bashar al-Assad would fall in less than six months. The fact remains that no matter how dictatorial and brutal, the Baath regime continues to be supported by different segments of Syrian society. And it is only because the West intervened militarily that Gadhafi was toppled.

Al-Monitor:  But Turkey initially did not support regime change in Libya. Davutoglu made friends with the very dictators he wanted gone. Isn’t this a contradiction?

Ozkan:  This shows the hard pragmatic edge to Davutoglu’s policies. He pursues unrealistic dreams through realpolitik. He is a big fan of Henry Kissinger. His main goal was not to cultivate Arab leaders but to win the hearts of their people by building strong economic and cultural ties; to conquer the fort from within, if you will. When the time was ripe, Turkey would become an influential player in the domestic politics of these countries. Assad said, for instance, that Davutoglu would always ask about jailed Ikhwan leaders and when they would be freed. He wanted Assad to share power with them. This pragmatism was carried to an extreme. Erdogan was awarded a human rights medal by Gadhafi. He used to call Assad his “brother.” One can promote trade but if one claims to be guided by ethics as Davutoglu does, you should not accept medals from dictators.

Al-Monitor:  How much influence does Davutoglu have over the prime minister?

Ozkan:  Erdogan has the final say in almost all spheres of policy, save foreign affairs. One very simple reason for this is that, unlike Davutoglu, he doesn’t speak any foreign languages. He comes from a very different educational background. Erdogan doesn’t really fully grasp foreign relations. He lacks the intellectual formation to do so. So he relies on Davutoglu and did so long before Davutoglu became foreign minister. Yet Davutoglu was not able to put his pan-Islamist policies into action because Abdullah Gul, who had a far more realistic, Western-oriented approach, was foreign minister at the time.

Al-Monitor:  You have been following Davutoglu for a long time. What surprised you most in his articles?

Ozkan:  What I saw was a man who was far more radical in his thinking than as portrayed in “Strategic Depth.” Moreover, I realized that the book was not written from scratch. Some of the passages are copied word for word from his previous articles. But in many instances the tone has softened. Though he never overtly opposes Israel’s existence, one senses that he does. In his previous articles, he refers to Israel as a “geostrategic tumor” and “a weed.” And in “Strategic Depth” he uses terminology and concepts long abandoned in the West to describe his vision for the 21st century. These include “lebensraum,” which was used by German expansionists. Frankly, I was shocked.