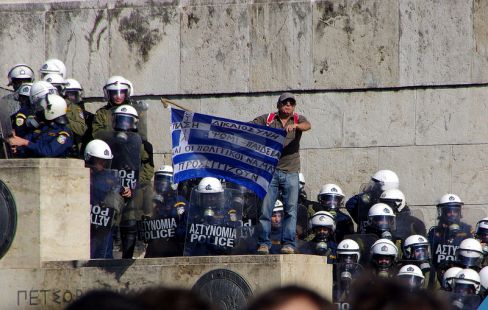 It seems that references to Thucydides, and in general the Greek tragedians, have become a trend again in western media analysis regarding the Greek question. Every time there is something in the news about the Greek sovereign debt, or the so-called “contemporary Greek tragedy,” the Melian Dialogue—a dramatized 416 B.C. debate between an Athenian delegation and the officials of Melos, in whose territory the Athenians wished to establish hegemony—appears to indicate that the author knows something about Greece or at least is an aficionado of the Greek classics. Those about to dive into the dark and bottomless waters of the crisis of Greek sovereign debt are obliged to follow the same safe, utterly stereotypical path of looking into the past in order to analyze the future Greek socio-political status. This involves a generous amount of prediction—certainly more than an international relations professor with a profound inclination toward realism can cope with. 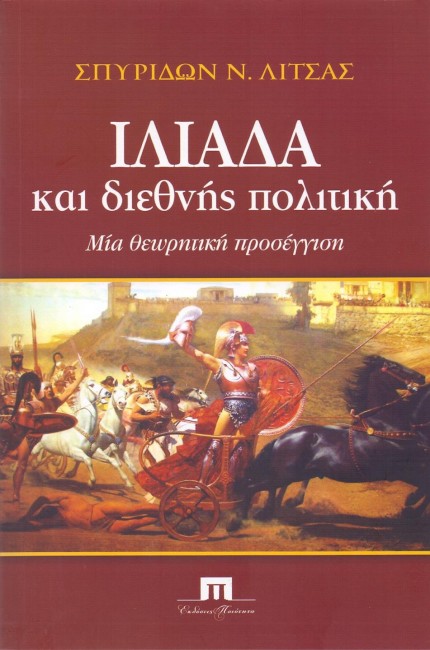 Modern Greek politics contains generous doses of tragedy, of absurdity, and of fruitless bravado that most of the time affect the living standards of the Greek people rather than the prerogatives of the political system. Take, for example, the July 2015 referendum. It managed to split the Greeks between two opposing camps: those who were in favor of more austerity in order to preserve the country’s position within the EU and those who had enough with austerity and were willing to sacrifice Greece’s European status. It offered the opportunity to the rest of the eurozone to speak once again against the “black sheep from the eastern Mediterranean” and finally led to a landslide victory of the faction that opposed to the new bailout package from Brussels, which included more intense austerity measures. Just a few days after the referendum, the Greek premier, previously a fervent opponent of new austerity measures and the mastermind behind the referendum, said a big “yes” to a last-minute plan coming from the International Monetary Fund, the European Central Bank, and the European Commission to save Greece. That, of course, was followed by new and even harsher measures of austerity.

In Greek mythology, Sisyphus, the King of Corinthos, was punished by the gods and forced to roll an immense boulder up a hill, only to watch it roll back down, repeating this action forever. Modern Greeks face the same punishment but cannot expect that ο Από Μηχανής Θεός (deus ex machina) will eventually salvage them from their eternal burdens. As the recent crisis showed, the Western world has already had enough with Greece and its deficient economy. Therefore, from now on Greece should reconstruct its national prestige, re-establish close relations with its traditional allies, and more importantly, stand on its own two feet again in order to face the political and economic volatility that derives from the anarchic international system.

The first reason for the current status of Greece is that, since the end of the 1990s, the country gradually adopted an introverted role in the international system. Greece developed a rather excessive Weberian stance, adjusting U.S. President Bill Clinton’s well-known phrase, “It’s the economy, stupid,” to “It’s only the economy, stupid.” Not only did this undermine the political status of the state, but it also compromised the nation’s economic prospects, since it is broadly accepted that innovative politics form the tip of the spear of a vibrant economy. When is the last time Greece adopted a political initiative in the eastern Mediterranean, the Middle East, or the Balkans? When is the last time Greece adopted a pivotal role in the European Union or in the United Nations in order to promote regional stability or face a humanitarian crisis? The level of the malady is so deep that Greece, for the last 10 years and for reasons that flow directly from missteps in Athens, has undermined its once excellent relations with the American-Greek community. As a consequence, Greece has squandered the ability to make its voice heard in Washington.

The second reason has to do with the Greek political system itself. Since 2010, when Greece entered the middle of the global financial crisis, every session of the parliament has offered an excellent opportunity for laughter or tears. Comedy and tragedy both appear at the same time in the grotesque dialogues between members of parliament who speak as though the echoes of the cataclysmic events since 2010 have not reached them yet. With very few exceptions, the members of the Greek parliament not only failed to rise to the occasion, but also managed to splinter the already fragile national unity that the state retained with both a tremendous effort and a profound amateurism. This resulted in fewer and fewer Greeks adopting an active citizen’s role, while larger numbers exercised the apolitical right to civic apathy and decline.

The third reason is that Greece, for a long period of time, failed to diversify its economy. In reality, Greece never fully entered the post-Cold War global economic system. Instead of boosting its economic growth, opening new markets, and investing in excellence in education and business, Greece was hypnotized by the hyperbolic optimism that overran the world after the end of the Cold War. Icarus in Greek mythology was punished for his hubris, flying close to the sun with his artificial wings constructed from feathers and wax. Greece followed the same route. Even with a weak economy, the state was convinced it could maintain excessively high and entirely unsustainable living standards. This gave rise to a bubble economy, as the Greeks were clearly living beyond their means. The Greek socio-political culture is deeply affected by the concept of tragedy. No matter how difficult things are for the protagonist, in the end, through deus ex machina, help will be offered (at no cost) in order for catharsis to be achieved. This notion of “help from above”—in this particular case, from the northern parts of the European continent—eradicates any sense of pragmatism. For a long period of time, we (the Greeks) have lived under the vague assumption that deus ex machina will always be there for us. This time, however, the Greek tragedy maintains its conceptual form without any sign of catharsis on the horizon.

The fourth reason for Greece’s contemporary condition is the considerable delay of the European Union to react and take economic measures, not only for Greece but also for the whole of the Euro-Mediterranean zone. Someone who believes that Greece is the biggest problem in the Western economy is probably not rationally evaluating the true (and alarming) prospects of the Italian or Spanish economies, which if either collapsed would create a global economic tsunami. What Greece has faced since 2010 is just one part of the wider economic crisis affecting the European economy in general terms; it only hit Greece first because the state was the weakest link in the eurozone. This is further magnified by Brussels’ choice not to follow the only successful international response to economic crisis: Obama’s political initiatives following the sub-prime mortgages bubble. While the American president issued a series of measures in 2008 rejecting the seductive path of austerity (and keeping the U.S. economy vibrant and growing), the Europeans followed the exact opposite path. Austerity, tax increases, wage cuts, and unemployment were a lethal combination of ingredients jeopardizing the very core of liberal economy, innovation and decreasing state interventionism. The results of this intoxication can be seen in the Greek living standards since 2010.

Perhaps for the first time in our modern history, since July 13 we accept that the only way to survive, progress, and leave this sense of humiliating uncertainty behind once and for all is to implement a series of self-help policies that will allow Greece to stand on its own two feet and to behave like a normal nation again. In order for this to occur, we must maintain our membership in the European Union while simultaneously enhancing our diplomatic and economic relations with the United States along the lines of a “special relationship.” This special relationship must be built on the concrete assumption that Greece has the ability to become a determined ambassador for Euro-Atlantic values and to promote prosperity, growth, and entrepreneurship throughout the region. This can be achieved through the proliferation of naval trade power, a sphere in which Greece has traditionally been a major global player, and through a high standard of education that will elevate the country’s influence in neighboring states and beyond.

On top of that, we must preserve and reinforce our close relations with the state of Israel. The strategic cooperation between Athens and Jerusalem, which includes Cyprus and may embrace Egypt as well, has existed in the eastern Mediterranean since 2010 and is a pivotal tool of deterrence against agitating neighbors in one of the most volatile neighborhoods in today’s international system. Greece must also abandon its primitive economic model, which is based monolithically on tourism and agriculture, and implement a new scheme to become an active participant in the developing fields associated with the third global Industrial Revolution, which promises a brighter future for humanity. Furthermore, the Greek state must invest heavily in education, laying the foundation for a new enlightenment period that will offer society the opportunity to advance and to avoid deadlocks such as populism, isolationism, xenophobia, anti-Westernism, the rise of rogue political parties, and more. Last but not least, Greece must firmly reconstruct the broken relations with its diaspora. Greece urgently needs the dynamism of its diaspora, its progressive way of acting, and its ability to think out of the box. A sincere apology from Athens for all the mistakes of the past and an open call to those willing to help the country in its darkest moments would be a good first step.

In the Melian Dialogue, Thucydides describes eloquently the perpetual clash between morality and power. The Greek question has nothing to do with these principles. It is, instead, a bitter story of long and serious fallacies that needs to come to an end. The state must sail boldly into new waters. After all, if the Greeks know how to do anything at all, we know how to navigate a craft through difficult straits.

Spyridon N. Litsas is an associate professor of international relations theory at the University of Macedonia in Thessaloniki, Greece.

Πηγή: WORLD POLICY BLOG, Why Thucydides is Irrelevant to the Greek Crisis