The number of nuclear weapons in the world has declined significantly since the Cold War: down from a peak of approximately 70,300 in 1986 to an estimated 15,350 in early-2016. Government officials often portray that accomplishment as a result of current arms control agreements, but the overwhelming portion of the reduction happened in the 1990s. Since then, the pace of reduction has slowed significantly. Instead of planning for nuclear disarmament, the nuclear-armed states appear to plan to retain large arsenals for the indefinite future. 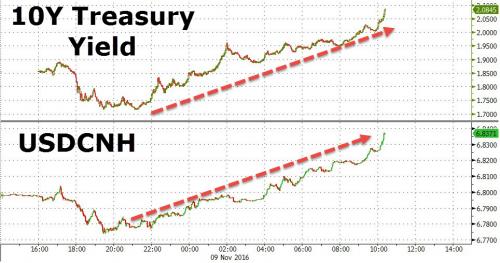 Despite progress in reducing Cold War nuclear arsenals, the world’s combined inventory of nuclear warheads remains at a very high level: approximately 15,350 warheads as of early-2016. Of these, more than 10,000 are in the military stockpiles (the rest are awaiting dismantlement), of which almost 4,000 warheads are deployed with operational forces, of which nearly 1,800 US, Russian, British and French warheads are on high alert, ready for use on short notice.

Approximately 93 percent of all nuclear warheads are owned by Russia and the United States who each have roughly 4,500-4,700 warheads in their military stockpiles; no other nuclear-armed state sees a need for more than a few hundred nuclear weapons for national security:

The exact number of nuclear weapons in each country’s possession is a closely held national secret. Despite this limitation, however, publicly available information, careful analysis of historical records, and occasional leaks make it possible to make best estimates about the size and composition of the national nuclear weapon stockpiles

* All numbers are approximate estimates and further described in our FAS Nuclear Notebooks published in the Bulletin of the Atomic Scientists, and the World Nuclear Forces overview in the SIPRI Yearbook. See also status and 10-year projection of U.S. and Russian forces. Additional reports are published on the FAS Strategic Security Blog. Unlike those publications, this table is updated continuously as new information becomes available. Current update: May 26, 2016.

a This number is higher than the aggregate data under the New START treaty because this table also counts bomber weapons at bomber bases as deployed. Detailed overview of Russian forces as of 2016 is here.
b All are declared to be in central storage. Several thousand retired non-strategic warheads are awaiting dismantlement.
c Includes all non-strategic warheads, strategic warheads assigned to delivery systems in overhaul, and most bomber weapons.
d In addition to the 4,490 in the military stockpile, an estimated 2,800 retired warheads are estimated to be awaiting dismantlement. Details are scarce, but we estimate that Russia is dismantling approximately 500 retired warheads per year. See 2016 overview of Russian forces here.
e This number is higher than the aggregate data released under the New START data because this table also counts bomber weapons on bomber bases as deployed. Detailed overview of U.S. forces as of 2016 is here.
f Approximately 180 B61 bombs are deployed in Europe at six bases in five countries (Belgium, Germany, Italy, Netherlands and Turkey). For details, see here and here.
g Non-deployed reserve includes an estimated 2,250 strategic and 320 non-strategic warheads in central storage.
h The U.S. government declared in May 2016 that its stockpile included 4,571 warheads as of September 2015. Since then, a small number of warheads are thought to have been retired for an estimated 4,500 remaining in the stockpile.
i In addition to the roughly 4,500 warheads in the military stockpile, the U.S. government in April 2015 announced that approximately 2,500 retired warheads at that time were awaiting dismantlement. In addition, close to 20,000 plutonium cores (pits) and some 5,000 Canned Assemblies (secondaries) from dismantled warheads are in storage at the Pantex Plant in Texas and Y-12 plant in Tennessee. For detailed overview of U.S. forces, see here.
j Only weapons for France’s single aircraft carrier are not considered deployed, although it is possible that warhead loadings on some submarines missiles have been reduced. For a detailed overview of French nuclear forces, see this 2015 article.
k China is thought to have “several hundred warheads,” far less than the 1,600-3,000 that have been suggested by some. None of the warheads are thought to be fully deployed but kept in storage under central control. The existence of a Chinese non-strategic nuclear arsenal is uncertain. The Chinese arsenal is increasing with production of new warheads for DF-31/31A and JL-2 missiles. Detailed overview of Chinese forces as of 2015 is here. Next China update: July 2016.
l The number of warheads on each submarine has been lowered from 48 to 40. This has lowered the number of “operationally available” warheads from 160 to 120. By the mid-2020s, the stockpile will be reduced to “not more than 180.” This reduction is already underway. Detailed overview of British forces is here.
m Although Israel has produced enough plutonium for 100-200 warheads, the number of delivery platforms and estimates made by the U.S. intelligence community suggest that the stockpile might include approximately 80 warheads. Detailed 2014 overview of Israeli forces is here.
n None of Pakistan’s warheads are thought to be deployed but kept in central storage, most in the southern parts of the country. More warheads are in production. Detailed overview here.
o Indian nuclear warheads are not deployed but in central storage. More warheads are in production. Detailed overview of Indian forces is here.
p Despite three North Korean nuclear tests, there is no publicly available evidence that North Korea has miniaturized and operationalized its nuclear weapons capability. A 2013 world survey by the U.S. Air Force National Air and Space Intelligence Center (NASIC) did not credit any of North Korea’s ballistic missiles with any nuclear capability.
q Numbers may not add up due to rounding and uncertainty about the operational status of the four lesser nuclear weapons states and the uncertainty about the size of the total inventories of three of the five initial nuclear powers.

The information available for each country varies greatly, ranging from the most transparent nuclear weapons state (United States) to the most opaque (North Korea). Accordingly, while the estimate for the United States is based on “real” numbers, the estimates for several of the other nuclear weapon states are highly uncertain.

Σπυρίδων Ν. Λίτσας, Why Thucydides is Irrelevant to the Greek Crisis