George Friedman, The United States, Syria and Russia A strategy toward the Middle East requires more than short-term tactical moves 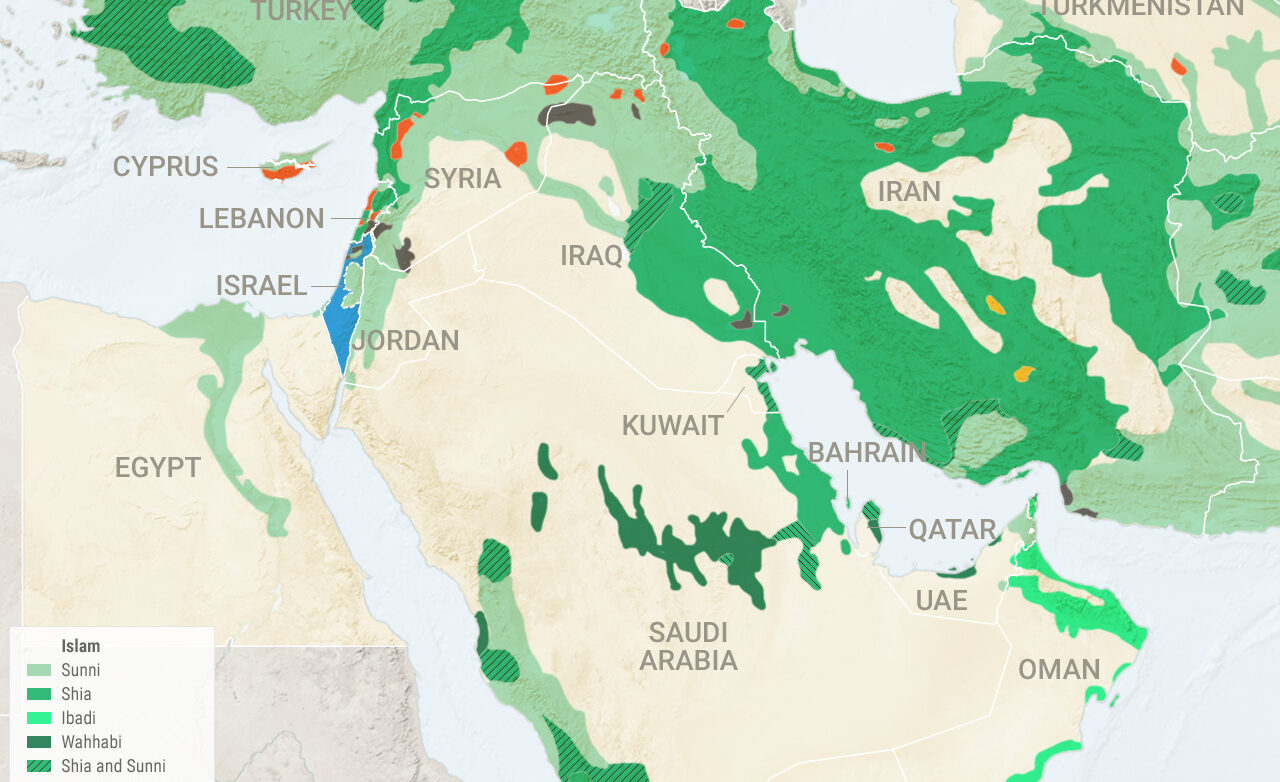 George Friedman, The United States, Syria and Russia A strategy toward the Middle East requires more than short-term tactical moves

Last week’s American attack on a Syrian air base raises three important questions. First, what is the U.S. strategy in the Middle East? Second, what is the U.S. strategy toward Russia? Finally, what is the Russian strategy in general? The three strategies intersect, but at this moment none of them are apparent. Therefore, it is useful to try to understand each of them individually and then consider how they all fit together.
Let me begin with an obvious political point. Candidates for president say one thing during their campaigns and then behave differently when elected. We have seen this play out many times. Thomas Jefferson entered into a deal to buy the Louisiana Territory before getting congressional authorization, thereby supporting the dictator Napoleon, and Franklin D. Roosevelt promised to stay out of war during the 1940 election while secretly making plans to enter the war. U.S. presidents have a long tradition of not keeping their election pledges. Part of it is cynicism, part of it is that the reality of being president compels shifts in behavior. Only those wanting to be shocked will be shocked that President Donald Trump’s actions differ from his campaign promises. 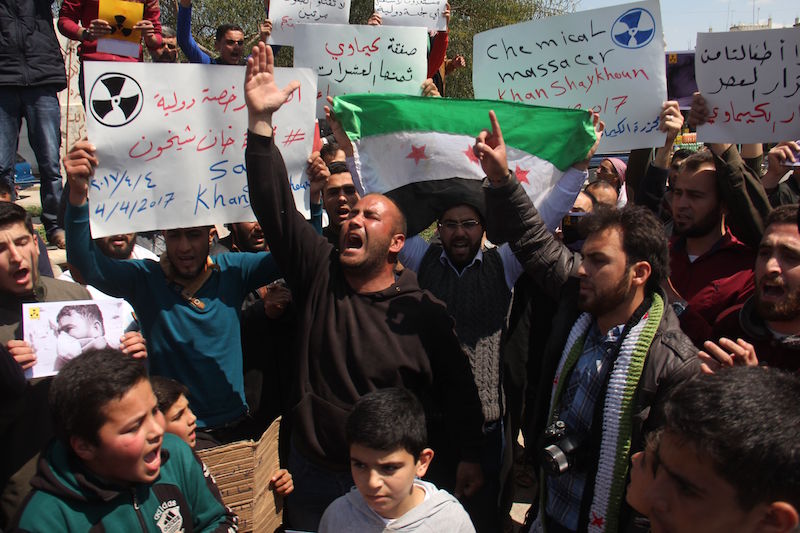 Syrian residents of Khan Sheikhun hold placards and pictures on April 7, 2017 during a protest condemning a suspected chemical weapons attack on their town earlier this week that killed at least 86 people, among them 30 children, and left hundreds suffering symptoms including convulsions, vomiting or foaming at the mouth. OMAR HAJ KADOUR/AFP/Getty Images
Trump’s policy in the Middle East appears to be a continuation of prior administrations’ policies, which involved equal hostility to radical Sunni and Shiite forces. The administration is committed to the destruction of the Sunni Islamic State. It is also hostile to Shiite Iran and Syrian President Bashar al-Assad’s regime, built on an Alawite base and linked to Shiite Islam. The theological distinctions are less important here than the fact that rather than taking advantage of the inherent hostility between these factions, the Trump administration appears to be planning engagement with all factions. In Syria, this includes both IS and the Assad regime.
The United States entered Iraq with the belief that the Shiites would welcome the U.S. The United States focused then on the Iraqi army, run by Saddam Hussein’s Sunni regime. The logic of this would have been to allow the Iraqi Shiite majority to form a government. The problem was that Iraqi Shiites were heavily influenced by and favorable to the Iranians. Therefore, while the Shiites were inclined to support the United States because they expected to govern, the U.S. blocked the creation of a Shiite regime to limit Iranian influence in Iraq. 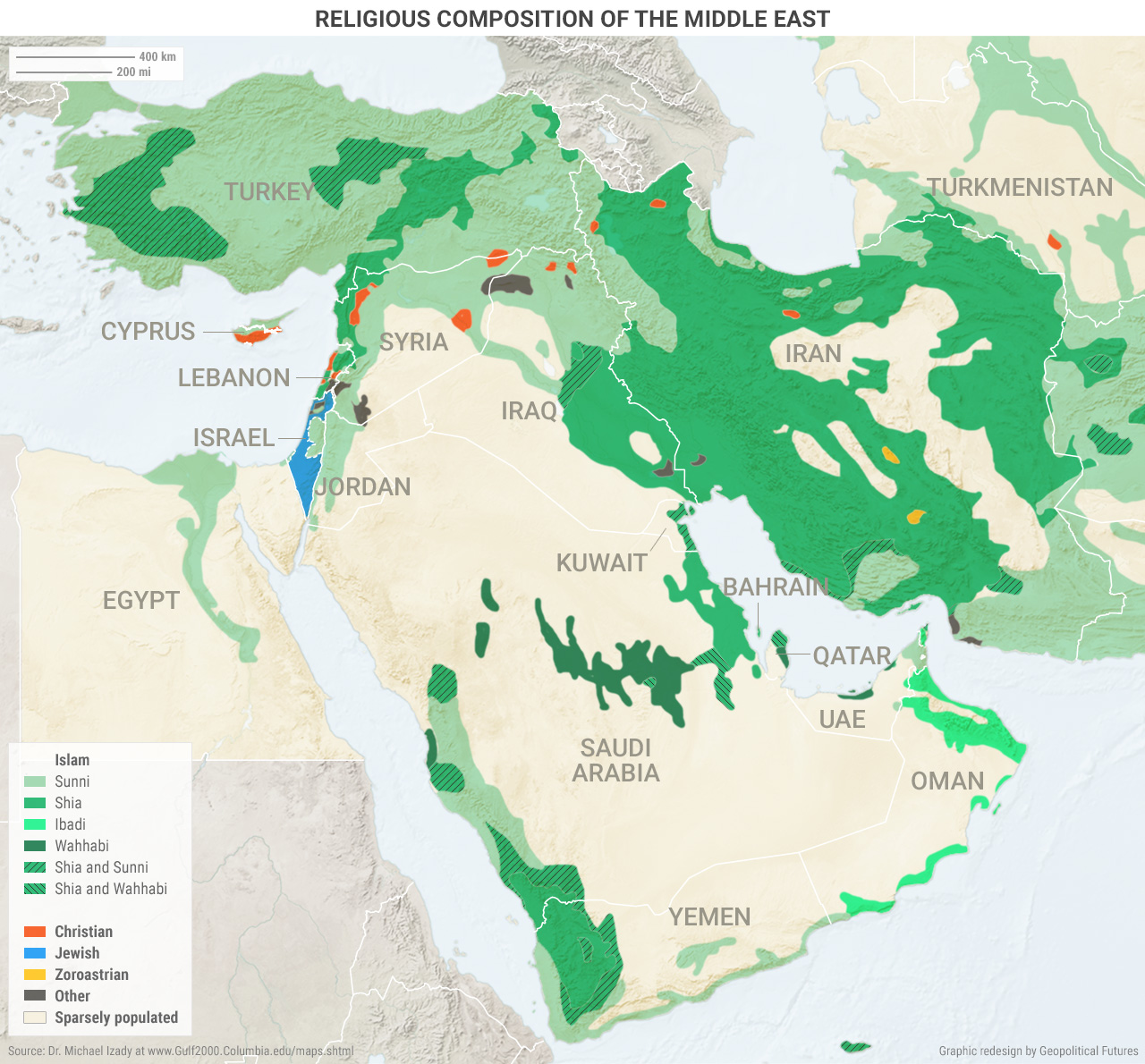