The chilling parallels between the ‘Munich Conference’ and the ‘Conference on Cyprus’
According to the celebrated American judge, Damon J. Keith, ‘democracies die behind closed doors’.  (Source: Detroit Free Press v Ashcroft, 303 F. 3d 681, Court of Appeals, 6th Circuit, 2002.)
Judge Keith articulated his memorable dictum as a means of justifying the cherished principle of open justice. Nevertheless, his dictum is likewise capable of being applied in other contexts as well.
These include secret ‘conferences’ and any clandestine meetings conducted by politicians or diplomats, particularly in circumstances where the destiny of an existing sovereign state may be at stake. 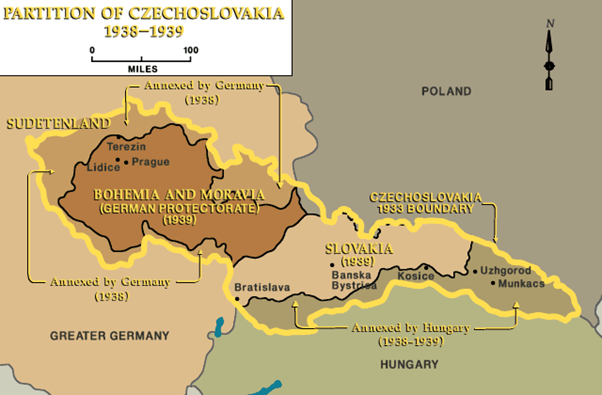 Closing thoughts
On too many occasions since 1923, the fate of the Island of Cyprus has been determined by diplomats and politicians reaching deals behind closed doors in Switzerland and, thus, behind the backs of Cypriots.  A prime example is the Treaty concluded in Lausanne on 24 July 1923 (under which Turkey retrospectively approved the British annexation of Cyprus of 5 November 1914).  Another prime example is the bilateral Agreement reached by Greece and Turkey in Zurich on 11 February 1959 (under which the Republic of Cyprus was established on 16 August 1960).
In common with other examples which might be cited, the two ones mentioned above illustrate an uncomfortable truth.  At crucial moments in history, Cypriots have been treated as if they are nothing other than straws in the wind over which they have absolutely no control.
This article began by referring to the American judicial dictum which warns that ‘democracies die behind closed doors’.  However, this article will end by drawing attention to an American political dictum.  This is the one which was articulated on 27 April 1961 by the late US President John F. Kennedy:
‘The very word “secrecy” is repugnant in a free and open society; and we are as a people inherently and historically opposed to secret societies, to secret oaths and to secret proceedings. We decided long ago that the dangers of excessive and unwarranted concealment of pertinent facts far outweighed the dangers which are cited to justify it.’
(Source: President John F. Kennedy, ‘The President and the Press: Address before the American Newspaper Publishers Association, April 27, 1961’, transcript published by the John F. Kennedy Presidential Library and Museum at www.jfklibrary.org/Research/Research-Aids/JFK-Speeches/American-Newspaper-Publishers-Association_19610427.aspx)
As the future unfolds, the citizens of the Republic of Cyprus should embrace the words of President Kennedy – for their benefit, for the benefit of their sovereign state, for the benefit of the European Union and for the benefit of the democratic world as a whole.
ADDENDUM
OPEN LETTER
Date: 21 June 2017
Dear President Anastasiades
Re: ‘The Search for Security via Answers to Questions on Law, Criminal Justice and Impunity’
I refer to my letters sent to you by email and dated respectively 5, 10 and 11 January 2017.  I also refer to my subsequent letter, dated 13 January 2017; I sent the last of these letters one day after I returned a telephone call made to me by of one of the members of your staff at the Presidential Palace in Nicosia.
Notwithstanding the passage of more than five months, I have not received the courtesy of any written response from you or from the Presidential Palace in reply to any of my said letters dated 5, 10, 11 and 13 January 2017.  Nor have I received any written response to any of the various questions and requests set out in my said letters.
Note: The author’s said letters dated 5, 10, 11 and 13 January 2017 were composed and transmitted against the background formed by the ‘Conference on Cyprus’ in Geneva on 12 January 2017.  Each letter requested President Anastasiades to provide written replies to various questions.  These questions included those set out in the author’s articles published by Agora Dialogue on 2 January 2017 (with regard to the Fourth Geneva Convention of 1949) and on 9 January 2017 (with regard to ‘intellectual partition’ and ‘the Macmillan Doctrine’).  These may be found at http://agora-dialogue.com/?s=Klearchos+A.+Kyriakides
With the fate of the Republic of Cyprus hanging in the balance in view of the forthcoming ‘Conference on Cyprus’ on 28 June 2017, please find at the hyperlink below my latest publication entitled ‘The Search for Security via Answers to Questions on Law, Criminal Justice and Impunity’.  This was published by Agora Dialogue on 17 June 2017.

In view of the profound significance of the questions, warnings and other matters set out in the above publication, I trust, hope and expect that you will provide me with written replies to all of the various questions set out in its main body, together with written replies to the additional questions set out in Appendix 1 (at page 40 onward) and in Appendix 2 (at page 58 onward).
I would particularly appreciate a prompt response to the questions posed at Question 11 (on page 56), Questions 12.1 to 12.6 (on page 57), Questions 13.1 to 13.2 (on page 59), Question 14 (on page 59), Question 18.2 (on page 61), Question 18.3 (on page 61), Questions 31.1 to 31.6 (at pages 65 to 67) and Questions 32.1 to 32.2 (on page 68).
Please be aware that in line with my duties as an academic and as a means of promoting liberal democracy, the rule of law, justice, transparency and the public interest, I intend to publish your replies in my forthcoming publications.  Please also be aware that if I do not receive any written response to this letter by 28 June 2017, I may likewise make that fact known to the public.
Accordingly, I look forward to hearing from you, as a matter of urgency.
In the meantime, I would like to emphasise that the views expressed in my various letters and publications reflect my personal views and not those of any organisation with which I have or have had any association.
Finally, I note that the email account of the Presidential Palace does not appear to have an auto-response mechanism.  Please, therefore, acknowledge receipt of this letter.
Yours sincerely
Klearchos A. Kyriakides
P.S. Since 21 June 2017, the author has sent variations of the above open letter to the Rt. Hon. Boris Johnson MP, Foreign and Commonwealth Secretary of the United Kingdom, as well as Mr Nicos Kotzias, Foreign Minister of Greece.
Πηγή: http://agora-dialogue.com/2017/06/26/democracies-die-behind-closed-doors/