Σπυρίδων Ν. Λίτσας, A Perilous Tango for Four in the Eastern Med

Σπυρίδων Ν. Λίτσας, A Perilous Tango for Four in the Eastern Med 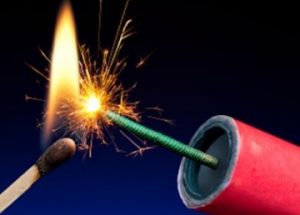 EXECUTIVE SUMMARY: The Eastern Mediterranean has entered a new period of high volatility, with Israel and Greece in the eye of the storm. Both countries are facing an upgraded strategic challenge from Turkey and Iran. This is not simply an interstate problem but a broader crisis that will influence the future geostrategic physiognomy of the Eastern Med.

In the first two months of 2018, the Eastern Mediterranean seemed to adopt all the bleak characteristics of the Balkans: high volatility, resolute revisionist actors, and unstable internal sociopolitical environments rocked by political scandals. The region now accommodates two status quo regional powers on the one side and two revisionist peripheral powers on the other. This creates an asymmetrical mosaic of political goals.

Israel and Greece, the two status quo powers, find themselves in a dangerous tango with the two main revisionist powers in the region, Iran and Turkey. This is hardly news. But for the first time, this tense tango is being played by an orchestra of balalaikas.

Israel is facing Iranian provocation, both directly and via proxy. Threatening incidents are taking place on the Syrian-Israeli border, the most striking example being the Iranian drone that recently entered Israeli airspace. Hezbollah continually provokes Israel from both Syrian soil and Lebanon.

Hezbollah’s provocations have two objects: 1) to inflict psychological warfare and thereby affect Israeli public opinion in order to influence the state’s military mobilization in a crisis situation; and 2) to distract the Lebanese people from the economic crisis, which has led to a fall in Lebanese living standards – a fall for which Hezbollah must share responsibility as it participates in the national government. 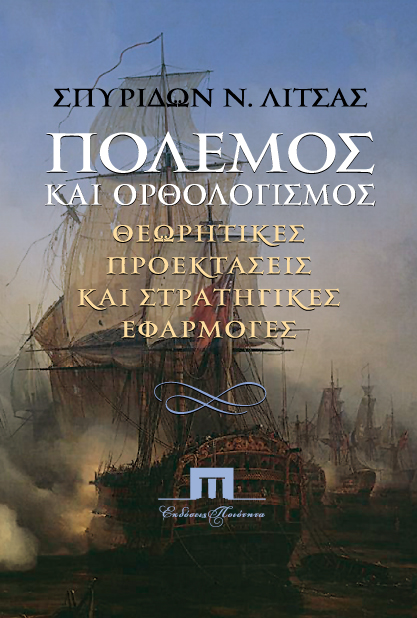 Israel is strategically pressed by Iran’s positions in Syria, Yemen, and Qatar, Baghdad’s control by Tehran, and the advancement of Iranian nuclear ambitions. These factors enable Tehran not only to ratchet up pressure on Israel but also to strengthen its revisionist aspirations by putting the religious factor at the epicenter of its foreign policy.

Since 9/11, international interest has been focused primarily on Sunni Salafism. The world has largely forgotten that Iran is not just another Shiite Muslim state but a champion of global Shiism. The sui generis Iranian blend that came into being in 1979, which consists principally of nationalistic revisionism together with strong doses of theocratic atavism, has been enlarged over the past few decades.

Analysts consistently ignore, or perhaps entirely forget, that Ayatollah Khomeini’s central doctrine was that religion must serve the regime (Qujab-e vajebat) and not vice versa. His goal, in other words, was to create an absolutist theocracy. Iran gains the necessary leverage to rally the Shiite masses around the world by acting as a champion of the faith – without neglecting its national interests.

Thus, when necessary, Tehran is willing to open lines of communication with Salafist Qatar or the neo-Hanafi Sunni state of Turkey. The so-called Arab Spring and its ongoing course (i.e., the Syrian Civil War, Yemen, Libya, etc.), assisted Iran in establishing direct links with Shiite communities all over the Arab world. At the same time, it has fully exploited the opportunity to enhance its own geostrategic value and strengthen relations with Moscow.

These pivotal developments in the zero-sum environment of the Middle East and the Eastern Mediterranean have directly resulted in rising antagonism between Jerusalem and Tehran that could lead the region into Thucydides’ Trap.

Greece faces an even more complex situation as Turkey is undergoing a fundamental domestic ideological transition. Kemalism, not only as an ideology but as the ideological soul of the nation and the administrative and political center of gravity of the state, has ceased to function as a counterbalance to AKP’s agenda, which promotes political Islam on a Muslim Brotherhood basis.

Turkey is at a historical turning point. Secularism is being handily beaten by Islamism, bringing back memories of the time in the late 19th century when the Ottoman Empire stood idle before the sociopolitical rift between pan-Islamism and pan-Turkism that deepened as both nationalism and religious zealotry grew. Today, Turkish foreign policy is following the same pattern of vagueness on the one hand and maximalism on the other.

So far, the so-called “Olive Branch Operation” of the Turkish army against the Kurdish forces of YPG has not evolved in the way Ankara would have wished. The Kurds, as expected, are applying conventional rural guerilla warfare. If the Turkish army advances to Afrin, the Kurds will switch to a door-to-door, alley-to-alley hit and run tactic, an approach that worked well for them during their Hobbesian clashes with ISIS in Kobani.

Ankara and Erdoğan have invested heavily in a confrontation with YPG and an unstoppable advancement to Afrin. Their aim is to show the rest of the globe, particularly the US, that any future discussion on the political status quo of the Middle East must begin by considering Turkish geostrategic desires. 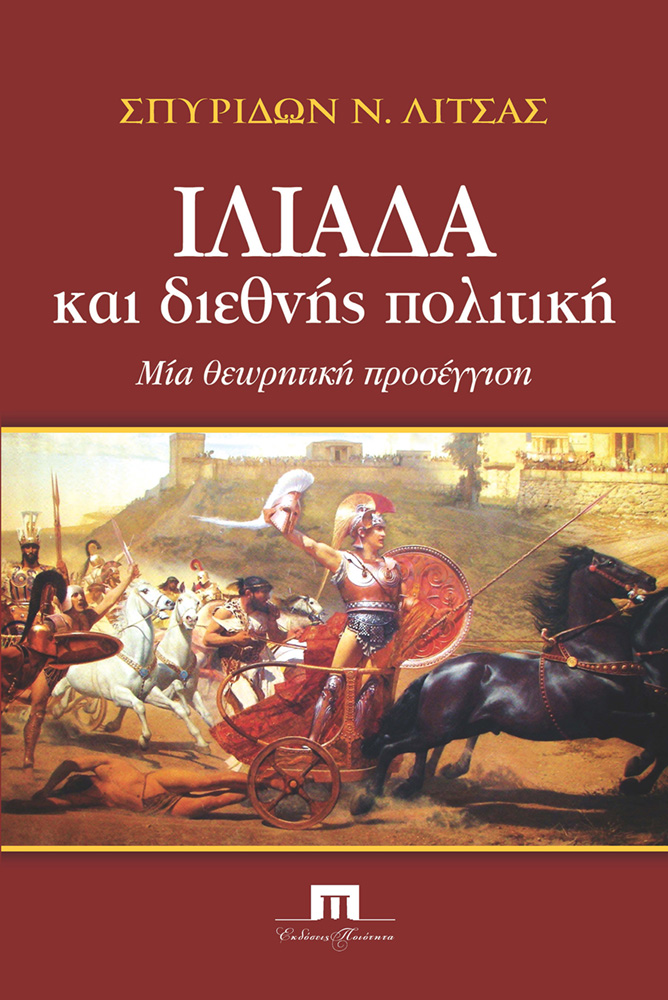 Ankara seems to have forgotten Clausewitz’s dictum that war is an act of violence intended to compel one’s opponent to fulfill one’s will. This means that war, since the dawn of time and despite all technological advancements, remains a lethal tit for tat in which the prevailing side is the one with the strongest will. YPG is fighting for its survival and defending its ground. It wants a good deal more than merely to boast of victory. Its willingness to fight a long and total war puts Ankara in a very difficult position.

Thus, Turkey, in order to control domestic public opinion and also send the message abroad that its interests are still a determining factor in the region, has decided to raise tensions on the other side of the map: in the Aegean Sea and in the Exclusive Economic Zone of the Republic of Cyprus. Turkey is implementing a straightforward projection of power in the Eastern Mediterranean in an attempt to broadcast to the US and the EU that it has the necessary power to deeply influence strategic developments in the region.

This problematic behavior by Turkey is generating another Thucydides’ Trap – this time a product of the appeasement Greece is obliged to offer Ankara if it is to survive. The deeply destructive Greek economic crisis prevailing since 2010, which has penetrated the country to the core, has established an asymmetrical reality in the Aegean in which Turkey acts in the role of provocateur and Greece in the role of conciliator.

Appeasement, as the myopic attitude of Britain and France towards Nazi Germany between the world wars proved, is not a guarantor of peace but simply a delay before the inevitable violent clash. Sooner or later, Athens will be forced to reply to Ankara’s provocations. There also remains the possibility of an accident resulting from ongoing military friction in the Aegean.

While the two cases – Israel vs. Iran and Greece vs. Turkey – seem to be unrelated, there is a strong connection between them that has to do with the geostrategic orientation of Athens and Jerusalem. The two states, together with the Republic of Cyprus, are the only unconditionally western powers in a wider arena that is changing rapidly under the influence of Moscow and Beijing. While the latter – for the time being – is showing an interest in establishing a strong economic and soft-power presence in the region through the One-Belt/One Road Initiative, the former is rapidly changing its traditional attitude towards the Eastern Mediterranean by transforming itself into a blue water naval power.

This change in orientation will allow Russia to raise the level of geostrategic competition with the US while establishing itself in states it recently would have found almost impossible to penetrate (e.g., Turkey). Moscow’s main strategic goal appears to be to exploit the exhaustion and disappointment of the two conventional western powers in the Middle East and Eastern Med region towards Western institutions. This hypothesis grows stronger if one considers that both Ankara and Tehran have already entered into the Russian orbit.

Greece and Israel must join forces and present their cases to NATO and the EU, as they are critical to the geostrategic future of the region. In so doing, an effective network of diplomatic deterrence can be created that would promote peace and stability.

Important though that step may be, it is not enough. After years of productive relations, now is the time when Greece and Israel must reinforce their cooperation by elevating it to a military alliance. The recent official visits to Athens by Israeli President Reuven Rivlin and IDF Chief of Staff Lt. Gen. Gadi Eisenkot suggest a tendency in this direction. Such a development could serve as Ariadne’s Thread as the regional geostrategic conundrums grow more and more dangerous.

Dr. Spyridon N. Litsas is Associate Professor of International Relations at the University of Macedonia and Visiting Professor of Strategic Studies at the Supreme Joint War College of the Greek Armed Forces.