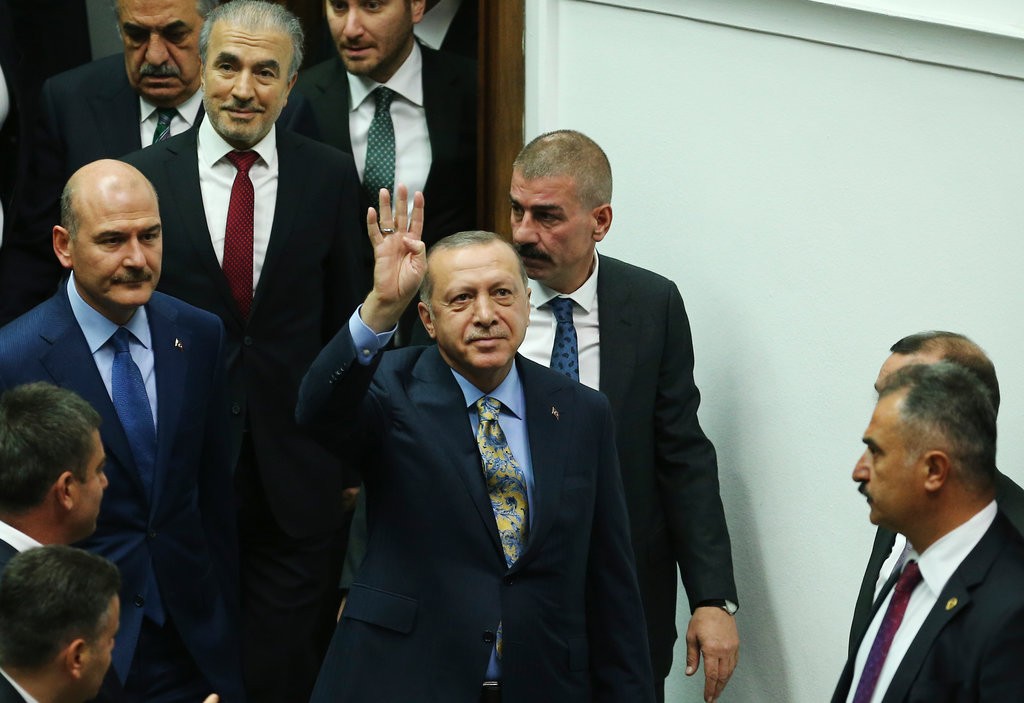 President Recep Tayyip Erdogan of Turkey, having promised to reveal the “naked truth” of a Saudi plot to kill the journalist Jamal Khashoggi, said on Tuesday in a speech to Parliament that a team including Saudi generals had flown in to carry out the mission.

Mr. Erdogan’s much-anticipated address came after more than two weeks of carefully orchestrated leaks to the media by Turkey that implicated the highest levels of the government of Saudi Arabia in the death of Mr. Khashoggi.

Saudi Arabia and Turkey are regional rivals, and that Mr. Khashoggi was killed in a Saudi diplomatic building has added to the intrigue and complexity of the case, something Mr. Erdogan addressed early in his speech.

“This murder might have been committed at a consulate building which may be considered Saudi Arabian land, but it rests within the borders of Turkey,” Mr. Erdogan said, adding that the Vienna Convention “cannot allow the investigation of this murder to be concealed behind the armor of immunity.”

Mr. Erdogan said that he would call King Salman of Saudi Arabia and ask that the case be adjudicated in Istanbul, not Riyadh or elsewhere in Saudi Arabia.

Turkish and Western intelligence officials and politicians have rejected that account as not credible, and Mr. Erdogan made clear in his speech on Tuesday that he held the same view.

Mr. Khashoggi, 59, was a Saudi who had been close to members of the royal family and to Mr. Erdogan, became a critic of the kingdom as the powerful Saudi crown prince, Mohammed bin Salman, cracked down on dissent. Mr. Khashoggi, who wrote columns for The Washington Post, moved last year to the United States.

His death has badly damaged the reputation of the kingdom and Prince Mohammed, who had held himself out as a leader with plans to reform Saudi Arabia’s economy and society. Shortly before Mr. Erdogan spoke, the Saudis opened a much-anticipated investment conference in Riyadh — though in response to the Khashoggi killing, many government officials and financial leaders from around the world had pulled out of the event.

The scandal has soured relations between Saudi Arabia and the United States — as well as other Western nations — and worsened the already frosty dealings between Turkey and Saudi Arabia, two regional powers.

Hours before Mr. Erdogan’s speech, the newspaper Sabah, which is known for its close ties to the presidency, published details that portrayed the attaché of the Saudi Consulate in Istanbul, whom they named as Ahmad Abdullah al-Muzaini, as the main orchestrator of the murder. Mr. Muzaini, the deputy head of the consulate, was the main Saudi intelligence representative there, the newspaper reported, citing Turkish officials.

Mr. Muzaini, the Saudi attaché, was at the consulate when Mr. Khashoggi visited it on Sept. 28; flew later that day to the Saudi capital, Riyadh, and met with the deputy chief of Saudi intelligence, Ahmad Asiri; and returned to Istanbul on Oct. 1 to carry out the assassination the next day, Sabah reported.

The newspaper described Mr. Muzaini as the “black box” of the operation,” and said his movements had been tracked by Turkish intelligence and photographic evidence gathered by the police.

The report was another in a steady stream of anonymous leaks and public statements from Turkish officials over recent weeks that pointed to a premeditated plan at the highest levels of the Saudi government to kill Mr. Khashoggi, undermining Saudi denials and keeping up international pressure on the kingdom to come clean.

On Monday, the Turks leaked images of a Saudi official who resembled Mr. Khashoggi and dressed in his clothes after he was killed, walking around Istanbul, creating a trail of surveillance camera images that appeared to have been intended to support the original Saudi narrative. Saudis briefed on the matter confirmed the ruse.

The use of a look-alike bolstered the Turkish case for premeditation, and at the least, showed an attempt to cover up the killing. On Monday, the spokesman for Mr. Erdogan’s Justice and Development Party, Omer Celik, described the death of Mr. Khashoggi as “monstrously planned.”

Mr. Khashoggi went to the consulate on Sept. 28 to request documents confirming his divorce, so that he could marry his fiancée. Sabah reported that at 2 p.m. that day, Mr. Muzaini flew out of Istanbul’s second airport, Sabiha Gokcen International Airport.

Mr. Khashoggi was killed on Oct. 2 after he returned to the consulate, about 1:15 p.m., to pick up the paperwork he had requested. Mr. Muzaini flew out of Ataturk Airport at 9 p.m. that night, Sabah said.

A team of 15 Saudis who flew to Istanbul on the day Mr. Khashoggi died, several of them with ties to the crown prince, have been identified by Turkish officials as being involved in the killing. They all left the country hours after they had arrived.