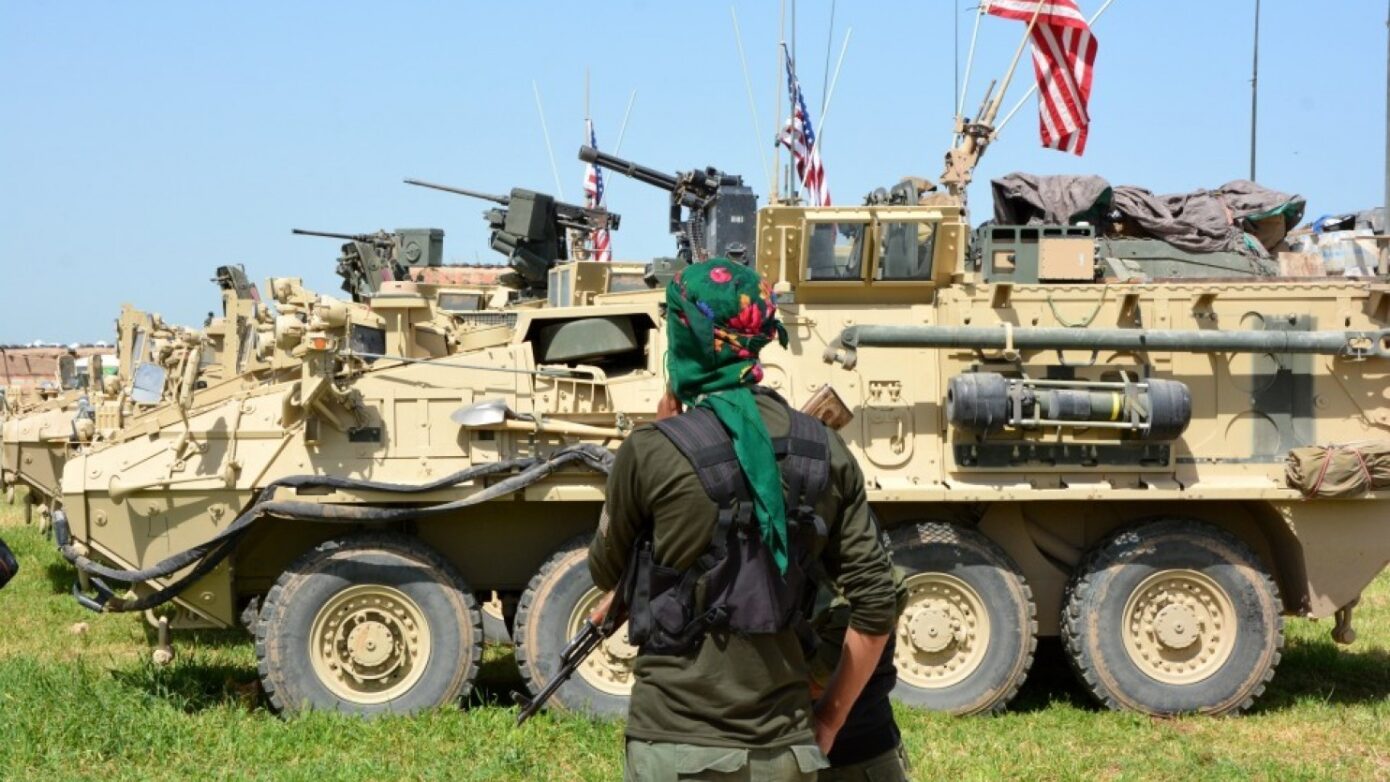 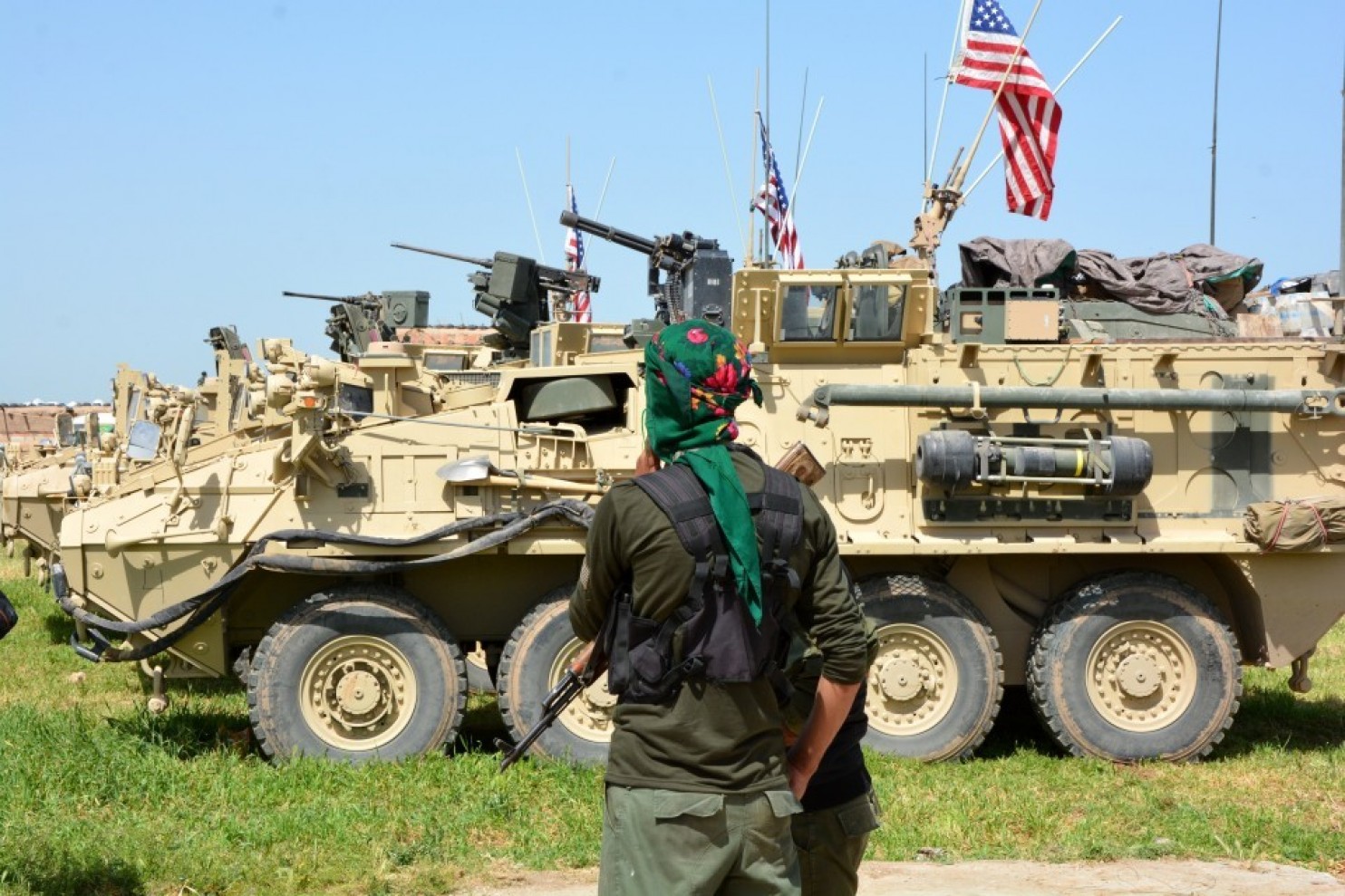 Troops from Kurdish militia units known as the YPG stand guard next to US fighting vehicles near the Syrian-Turkish border. EPA/YOUSSEF RABIE YOUSSEF