Thucydides on Choice and Decision Making: Why War is Not Inevitable
By Ilias Kouskouvelis
Lexington Books, 2019

Within the discipline of International Relations (IR), the treatment of Thucydides as a canon/classic hardly causes surprise. Yet it certainly comes with considerable frustration, especially given the varied reception of the ancient writer or the polysemy of a dictum like ‘‘Thucydides rules, OK?’’ (Mikelis, 2015: 22). His emergence as the father of IR stems from several instances of him being evoked in the field’s constitution, in terms of a “marker of contemporary International Relations Theory” (Ruback, 2015). This process includes concepts such as the “Thucydides Function”, that is the establishment of a disciplinary common ground upholding Thucydides at its center. It also involves the “Thucydides Industry”, referring to the interpretations and invocations of him within the IR scholarship (Ruback, 2015: 407-408, 2016: 18). The industry includes a set of “three Is”, namely the ‘Invoker’, ‘Imperialist’ and ‘Inquisitor’ dispositions. The ‘Invoker’ relates to the presentation of passing references to Thucydides. The ‘Imperialist’ relates to theoretical development via an explicit position. The ‘Inquisitor’ involves raising a relevant theory, without having firstly announced a theoretical position. Another option is to firmly resist the Thucydides Function, with a focus on the ambiguous elements of Thucydides (Ruback, 2016: 21-27).

Getting Thucydides on Decisions right

Within the aforementioned context, Ilias Kouskouvelis’ book consciously fits within the Thucydides Industry, enacting the Thucydides Function. The relevant disposition is certainly not the ‘Invoker’, since references to the historian are neither passing nor superficial. A meticulous and painstaking content analysis of the Thucydidean work has taken place. The concept driving Kouskouvelis’ research is choice and decision (making). He opts for neither applying nor comparing various approaches of decision making. Instead he advances a holistic unveiling of a relevant theory, which he terms the ‘‘Thucydides’ schemata’’ concerning decision on and in both war and peace. By firstly letting the historian speak for himself and then referring to theory relevant propositions, Kouskouvelis’ disposition may be described as the ‘Inquisitor’: ‘‘let the text speak for itself’’ (p.xv; also pp.xiv, 68). This is affirmed by the recognition of the problem of translation creating distance from the text, of the need to soundly connect the terms of (ancient) Greek with modern (one might add: Western) meanings (p.xv, 62, 175-176) and of the challenge of misreadings or axiomatic interpretations (p.xvii, xix, 66). It is equally affirmed by explicitly addressing those schemata as a “Thucydidean approach”, involving deliberations and decision making processes (p.xvii; also p.59, 176. Cf. Johnson Bagby, 1994: 153), which consequently leads Kouskouvelis to confidently answer the question “What is Thucydides?” with “Thucydides is unique!” (p.58) or “Thucydides is one of a kind!” (p.177).

Kouskouvelis does not denounce Thucydides’ IR vantage point per se. This is validated by his adamantly defended choice of referring to the Thucydidean work as ‘The War’ (pp.vii-viii) and by the inclusion of the term ‘war’ to the subtitle of his book. Yet he strives to understand the vast (non-IR and IR) literature regarding the ancient writer in terms of seven debates. Those refer to: i) the composition’s unity, ii) Thucydides’ veracity, iii) the speeches’ authenticity and historicity, iv) the scientific character or method of the Thucydidean work, v) the fitting/framing of the aforementioned work into contemporary IR perspectives, vi) the abuse of Thucydides, and vii) a ‘proper’ way of studying him especially within the IR discipline (chapter 3).

Vis à vis Kouskouvelis’ particular take on those debates, he accepts: i) the unitary view of the text, ii) the veracity of the latter, iii) the speeches’ authenticity, iv) a degree of scientific and theoretical quality, v) the particularity of the Thucydidean conceptualization of politics not just resting on the emphasis of human nature or of power but extending the focus on deliberations, vi) the fact that instances of abusive readings of Thucydides have indeed taken place, and vii) the view that abuse avoidance rests upon the non-projection of the researcher’s ready-made opinions along with a holistic approach (p.68, 176-7). The latter specifically means respect toward multifaceted research (within not only IR but also History and Classics), the attempt to interpret the text as a whole and close to the meaning of its original language, the minimization of the self-mirroring effect and finally the conscious bridging of international politics with decision making (pp.33-4, 66-8. Cf. Koutsoukis 2016).

The bulk of Kouskouvelis’ research is presented in two chapters (ch. 4 & 5; also appendices 1 & 2), whereby he offers a thorough account of hundreds of references to major subjective motivations generally and specifically in terms of cause. The result is a reconstruction of the ‘interest, fear and honor’ triad (cf. Chittick and Freyberg-Inan, 2001). This is firstly done through a schema of a multicausal approach of how people decide in terms of necessity, human nature, honor, and interest or fear (the most recurrent factor with the highest frequency of appearances as a cause). Then a second schema follows on other factors influencing decisions like boldness, arrogance, passions, hope and chance, which are linked with all five factors of the previous schema. In particular, the former schema ‘‘is built on two fundamental causes: necessity, which often results from external factors, and human nature (a purely subjective factor), the two either acting together, possibly with different intensity, or on their own’’. Together with them, ‘‘human behavior or decisions may be affected by the other three ‘greatest’ causes, interest, fear, and honor – again by all of them or separately” (p.126). The latter schema arises over a ‘wrong’ decision or the very least a risky decision. External conditions notwithstanding, such decision may emerge with the function of intervening factors to the paths of decision making: namely necessity through boldness or through passions (anger, hate), power through arrogance/hubris or self-confidence and then through greed and finally human nature through desire and hope (p.135). All these translate not to a ‘right decision theory’ but to a practically useful reflection on ‘‘the why, how, and when people are led into mistakes’’ (p.174).

Simply put, “the Thucydidean world, with just very few exceptions, is neither deterministic nor a neorealist world; it is a world of men who make the right or the wrong decisions by themselves” (p.127). Thucydides’ emphasis on the decision making of individuals or on collective deliberative processes and their functional utility is a predominant part of his perspective. Evidently, decision making arises as the transmission belt between politics at the international and domestic levels (p.33). The Thucydidean work is about the decisions of men on war and peace: ‘‘it is either individuals as leaders or groups as the Athenians, the Spartans… and so many others, deciding…, and not any rational, unitary ‘like-unit’ called city-state, whose behavior is determined by the pressure of the international system’s ‘structure’” (p.178; also p.58, 68. Cf. Tsakmakis 2006). Men are influenced by multiple factors but still have the freedom of choice (p.180).

This understanding is juxtaposed to various cases of cherry-picking within the Thucydides-related literature that cause confusion. Cases in point are the misinterpretation of the war’s truest cause in Thucydides’ work by overlooking the role of decision making (pp.62-66), and the “Thucydides’s Trap” concept, coined by Graham T. Allison (2017). Other points of critique towards this argument aside, Kouskouvelis characteristically shares the concern for ‘‘avoiding the Allison trap’’ (see Kirshner, 2019: 18-21) and stresses how Thucydides is here assigned by Allison an ‘imprimatur’, as if he is the one who invented the trap concept and as if he was deterministically thinking in terms of structure like modern IR scholars (p.61). Practically, the decision for war was not made at the particular moment in light of the fear, which the assembled Spartans felt for the present situation, but rather out of fear for the future. While this delayed Spartan reaction is vividly explained by Seth N. Jaffe (Jaffe, 2017. Also Kirchner, 2019: 5, 12-15) in terms of national character, Kouskouvelis complements this by underscoring the role of the deliberative processes and how the argument in favor of going to war appealed to society’s high sense of honor and pride (pp.64-66).

Kouskouvelis firmly invites us to address the Thucydidean work in terms of choices and decisions, via essentially unveiling Thucydides’ Thucydides. He willingly offers little resistance to the Thucydides Function. He also shows indifference to treating the historian in post-structural or intertextual terms and to complementing the ‘What is Thucydides?’ question with ‘‘Whose Thucydides?’’ as an emphatic invitation for problematizing the pervasive (Western) view of an eternal or universal Thucydides (see Morley, 2015). Despite making comparisons between Thucydides and the tragedians, Kouskouvelis does not reflect upon the implications of the rising schemata for tragic politics. However, his sincere sensitivity for avoiding abuse is proven by a thorough description of relevant warnings such as David A. Welch’s (2001). To be sure, Kouskouvelis does not endorse Welch’s suggestion that such avoidance necessarily entails the acknowledgement of the complexity of the interplay among author, reader and text. His own answer vigorously includes emphasis and respect of the text (p.67), manifested in the search and codification of a huge number of references to subjective motivations, as part of the aforementioned holistic approach.

At first glance, advocates of resistance to the Thucydides Function may well feel that the book parts ways with their preferences. Yet, along with the fervent critique of structural determinism, a couple of Kouskouvelis’ warnings about the ambiguity of the ancient writer’s work forcefully stand out. Despite the possibility of drawing suggestions for a ‘right’ decision, eventually Thucydides does not offer a respective proposal or schema: ‘‘his suggestions are disparate, and often conﬂicting…” (p.xviii). Also, ‘‘for him [Thucydides] there is no a priori right decision and, above all… the ‘right’ decision cannot be defined or predetermined…’’ (p.179; also p.173). Those warnings are congruent with Thucydides’ focus on the centrality of uncertainty and contingency in respect to explaining outcomes (Kirshner, 2019: 6). Rightly so, pathways to certainty are adamantly rejected by Kouskouvelis as well.

After all, Kouskouvelis does not seem to readily equate the world of Thucydides (as described in his work) with modern archetypes of world politics. If indeed the role of deliberations is deemed important, then a crucial corollary about modern times is the impact of the (post)modern forms and functions of deliberations or decision making in the present. This specific ‘Inquisitor’ disposition in the study of the ancient writer need neither entrap nor frame ‘his’ world in the modern world or vice versa. The results of the relevant research may well serve as an invitation for a constant reflection on the trajectory of forms or functions of both polity and political communication. Since deliberation processes are not inherently emancipatory, the relevant crucial lesson of Thucydides schematically gets down to the need for a critical and reflexive awareness about how people, through varied modes of discussion and communication, can be led into mistakes or into originally unintended paths.

The author thanks Dr. Alexandros Koutsoukis and Dr. Revecca Pedi for their useful comments to earlier drafts of the review essay.

Chittick, W., and Freyberg-Inan, A. (2001) ‘Chieﬂy for Fear, Next for Honour, and Lastly for Profit’: An Analysis of Foreign Policy Motivation in the Peloponnesian War. Review of International Studies, 27(1), 69-90.

Mikelis, K. (2015) Realist Stronghold in the Land of Thucydides? Appraising and Resisting a Realist Tradition in Greece. European Quarterly of Political Attitudes and Mentalities, 4(4): 15-32.

Ruback, T. (2015) Thucydides Our Father, Thucydides Our Shibboleth. The History of the Peloponnesian War as a Marker of Contemporary International Relations Theory. In Lee, C., and Morley, N. (eds) A Handbook to the Reception of Thucydides. Wiley Blackwell, 406-424.

Tsakmakis, A. (2006) Leaders, Crowds, and the Power of the Image: Political Communication in Thucydides. In Rengakos, A., and Tsakmakis, A. (eds) Brill’s Companion to Thucydides. Leiden-Boston: Brill, 161-187.

ABOUT THE AUTHOR ( KYRIAKOS MIKELIS):

Dr Kyriakos Mikelis is an Assistant Professor in the Theory and Historiography of International Relations, at the University of Macedonia, Thessaloniki. He has recently authored In the Shadow of Civilization(s)? Civilizational Thinking and the (Re)construction of World Order-for the journal Civitas Gentium. 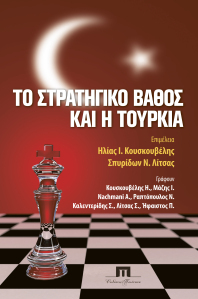 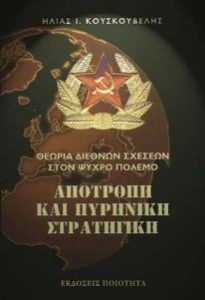 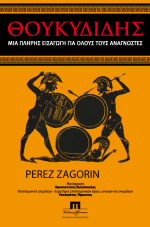